May in the Garden 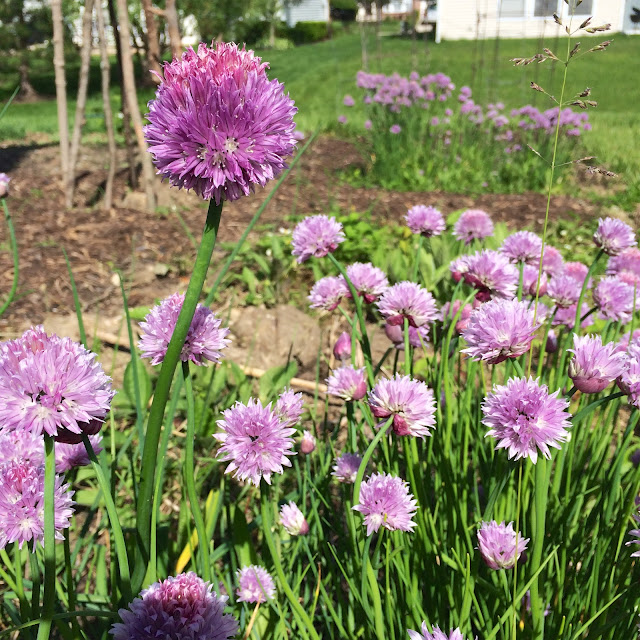 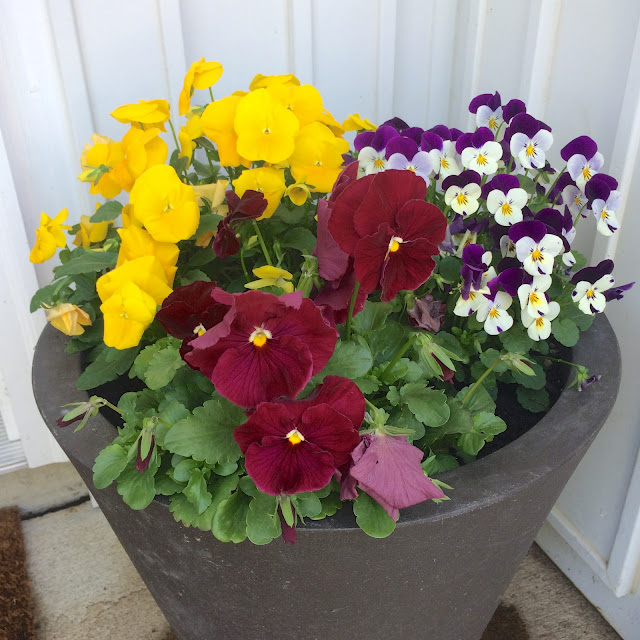 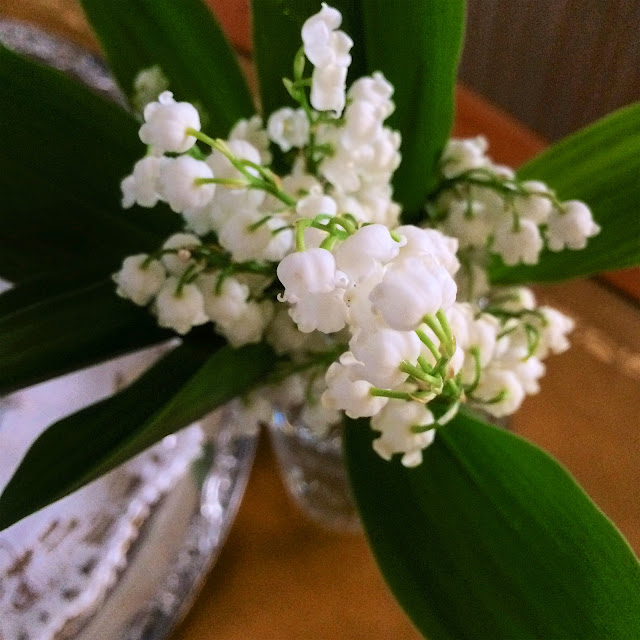 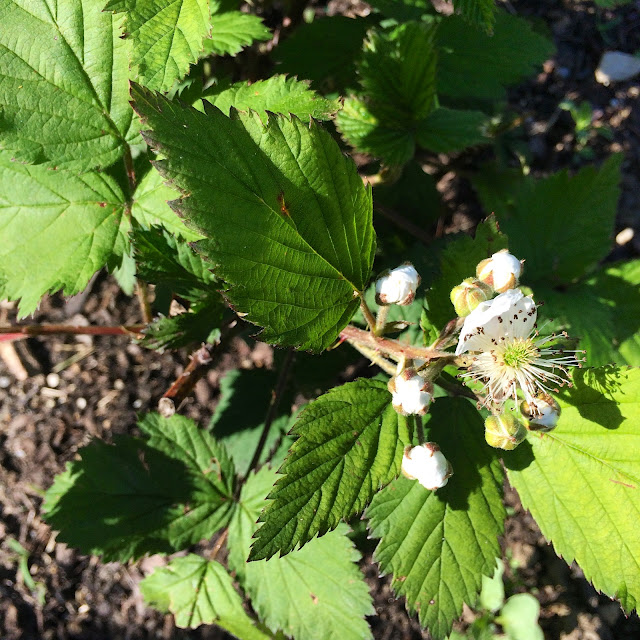 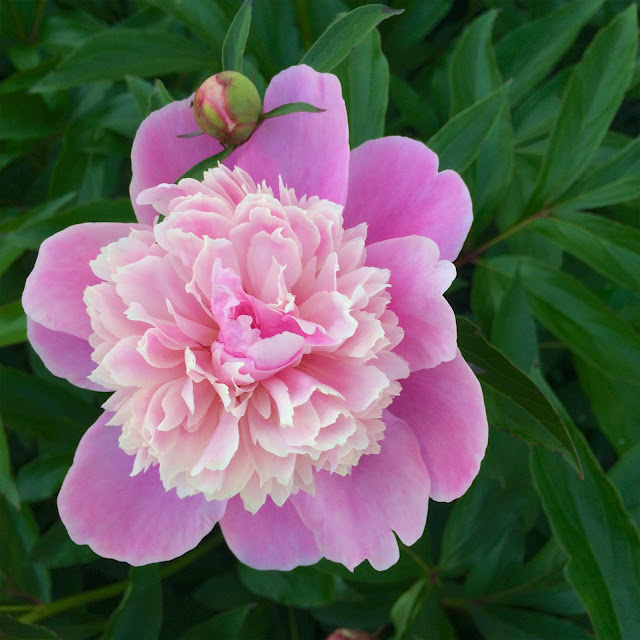 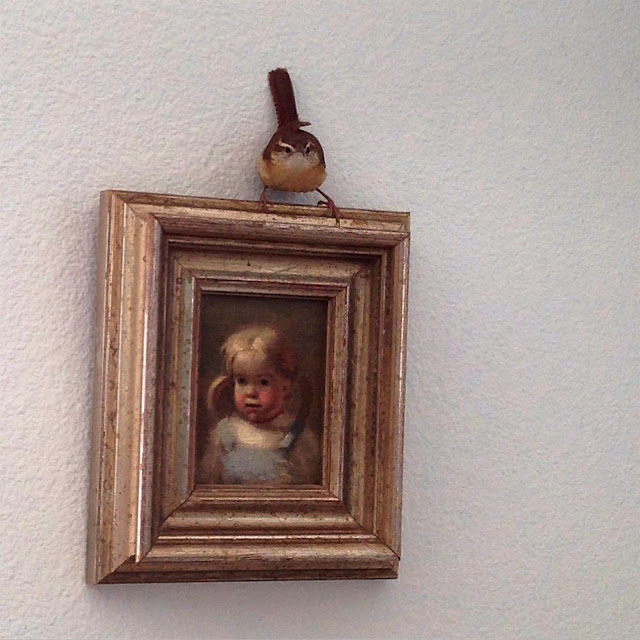 May was a lovely month in the garden. The highlight of course was the "Week of Peonies" which I look forward to all year. But while my attention was diverted to my beloved blooms there was plenty of other things happening at a more subtle level.

The vole-devastated perennial beds have been re-worked and now I start again with the old gardening adage "sleep, creep, leap." I tore out things that had overgrown and turned over the soil where the voles had eaten away the perennials. Black-eyed susan's were taken from other beds and used to fill in gaps as were lilies and hostas and chrysanthemums. The perennial bed looks a bit sparse and young, and I know this year the newly established plants will only "sleep." But I keep reminding myself that gardening is for the long haul and doing this now will result in lovely beds a few years hence.

Speaking of voles, just in the last few days Michael is having great success trapping them. Long may this continue!

The vegetable garden is off to a good start except that something keeps eating our baby plants -- perhaps the cute bunnies we see frolicking a few houses down from us or running out of our bushes in the early morning.

The younger boys were eager to help with the veggie garden and chose to plant onions, watermelon, squash, carrots, and radishes. We've already had a bountiful radish harvest. Pole beans have emerged and before we know it will be scampering up the new stick teepee in the center of the garden. The chives gave a beautiful show of their purple flowers earlier in the month and are settling down for the rest of the season. In a rare spur-of-the-moment decision I bought a blackberry plant for the vegetable garden. It feels so right to have blackberries truly back in our life again. We shall see if I regret this decision in a few years.

My "almost prayer" for a bird's nest was answered in a most exciting way. One Sunday the kids came running to tell me there was a bird in the front room. I ran down immediately and found a sweet little wren hopping about near the bookshelves. We carefully helped shoo her to the front door and out again. The next morning Michael texted me the picture of the wren again -- this time perched on a favorite painting. How was this happening? Then it dawned on us -- she had made a nest inside our front door decoration basket! The said decoration was quickly moved to the side of the door to prevent poor Jenny Wren from flying up into the house every time one of us uses the front door. It really is delightful to have a nest in our yard again!

The lily of the valley bloomed and offered its heady scent. I was glad the voles hadn't eaten all of it. The knockout rose also bloomed but it needs to grow much bigger before I can cut the blooms for vases. Right now we are in an in between stage, waiting on the day lilies and the small remnant of daisies to open up.

Marigold and zinnia seeds have been liberally scattered several times over.

The cherry rudbeckia has one tiny plant growing. I'm too afraid to hope it will establish itself and bloom.

The pansies out front have done so well in their pots. Just this weekend the hot heat has hit and the pansies are beginning to look too leggy. I'm going to replace them with red geraniums.

And we have been eating out on our back patio as often as we can in the evenings. The patio garden will be at its peak in about 4 weeks. Right now there are just large mounds of greenery with hints of the lilies and bee balm to come. The red currant bush keeps the kids with something to pick and eat (whenever they can get away with it). Not only have we been enjoying the patio but we finally have a grill again after far too long. It makes all the difference for easy summer meals.

I can't believe most of the heavy spring garden work is done and now it will be just a case of maintaining the weeding and watching for water needs. Before we know it the next batch of cut flowers will be ready to enjoy!

Posted by Heather LeFebvre at 4:21 PM

Oh! Jenny Wren! Isn't she pretty! Your garden is ambitious! You are amazing!

Love it! We are still quite a ways from our week of peonies.. So.Much.Rain! I'm thinking I might as well put down grass seed where the plow guy went over the lawn - I wouldn't have to spend anytime watering it. I think I need to get back to blogging, too. 3 year hiatus long enough?