Monday we joined the millions of Americans celebrating the Great American Eclipse!

Michael and a few of his friends started hatching travel plans for this adventure many weeks ago and we had emails flying this way and that trying to decide where to go for totality viewing, what route to drive, how to avoid traffic, etc.

All I had to worry about was the food! That turned out to be no small job since as the eclipse approached the chatter became more and more like Y2K preparations with rumors of traffic jams, spending the night on the side of the road, etc.

So I brought lots of food -- enough to feed 11 people for 4 meals and lots of snacks. Whoopie pies seemed appropriate. 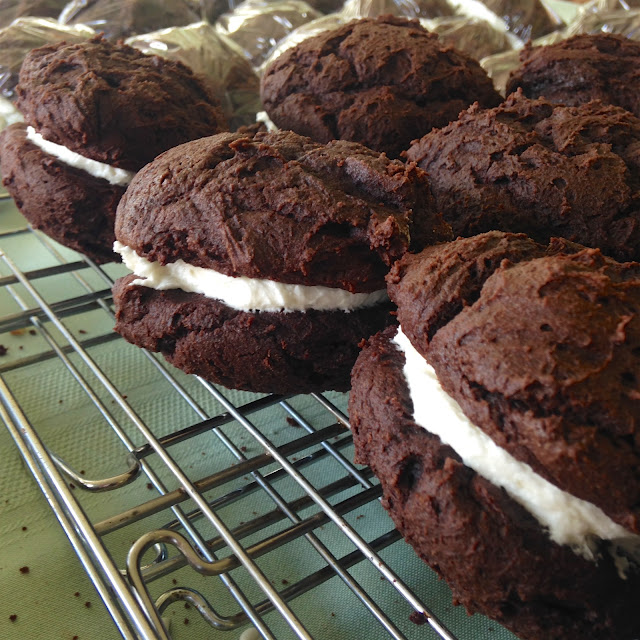 All weekend long there was a great debate about what time to leave Monday morning. We finally pulled out of the driveway at 4:50am, accompanied by cousin John and several friends from church. 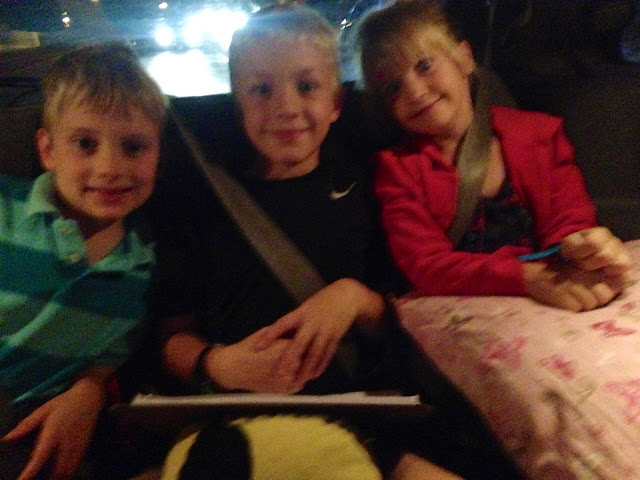 No sign of traffic that early in the morning. So far our plan was working! 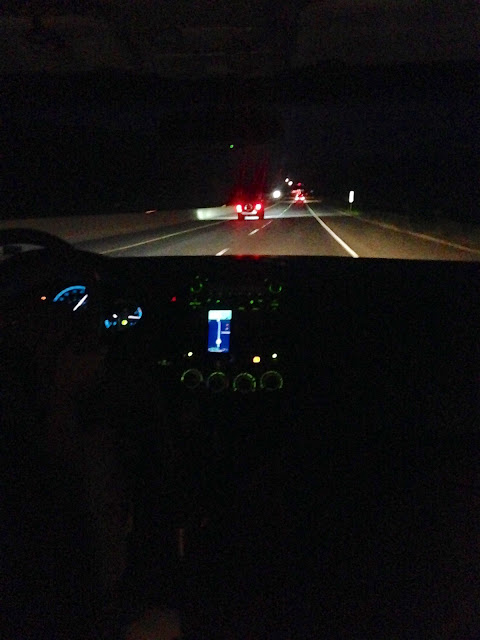 Morning dawned and we found ourselves in the beautiful countryside of southern Indiana and northern Kentucky. No traffic yet. 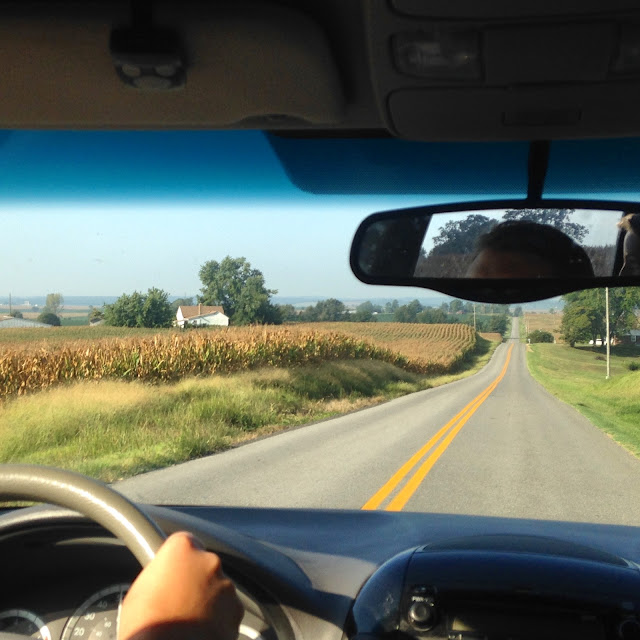 The only sign of eclipse traffic we saw was the long line at the gas station restrooms. But this proved to be the perfect chance to strike up conversations and find out where others were coming from and (maybe) where they were going. It was still too early in the day to know if there would be massive crowds and, perhaps I imagined it, but everyone seemed a little hesitant to reveal just where they were headed to view the eclipse. Our destination was Joy, Kentucky where one of our number had located a Nature Preserve that might work for us. 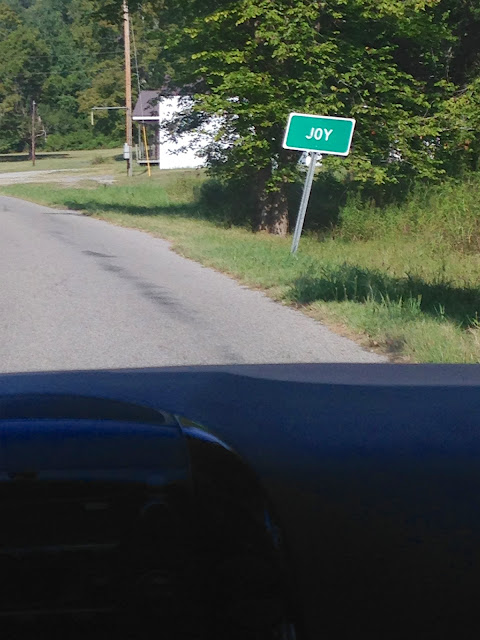 Mantle Rock -- the largest natural stone archway east of the Mississippi, and home to part of the historic Trail of Tears, turned out to be the perfect place for our eclipse viewing. 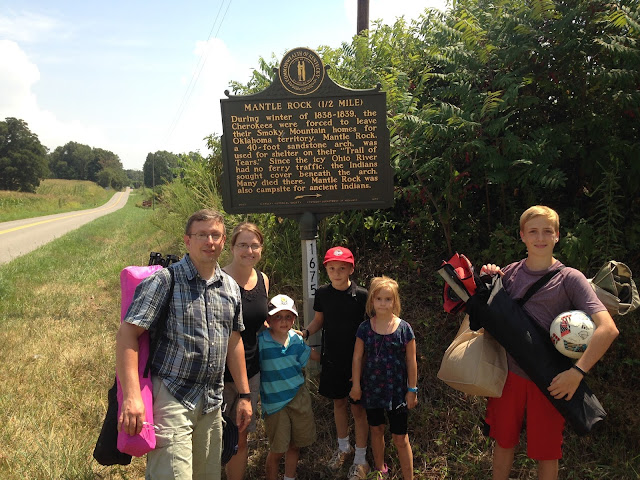 We were welcomed by Nature Conservancy staff, shown where to park, and guided to the eclipse viewing area. (We had no idea there was an actual event.) 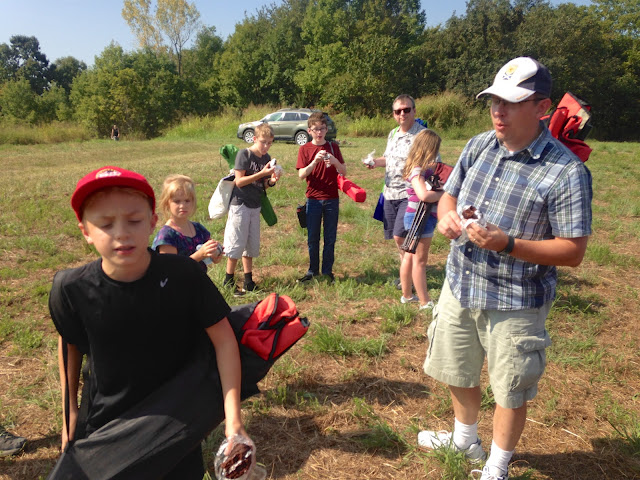 We set up our gear on the gravel along with a handful of other people. The sun was getting HOT. 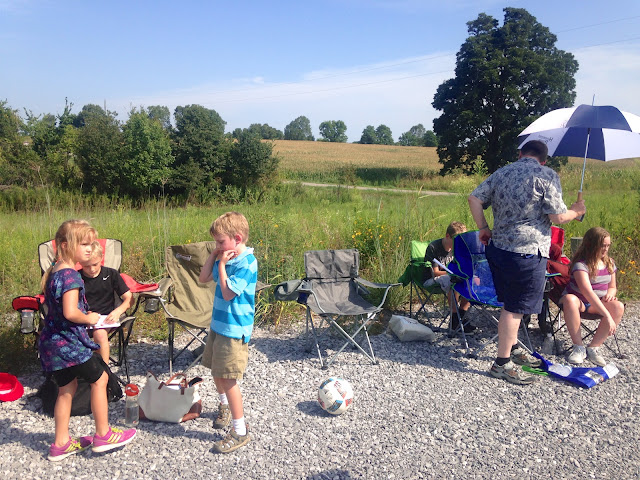 These smart friends of ours brought themselves an umbrella! 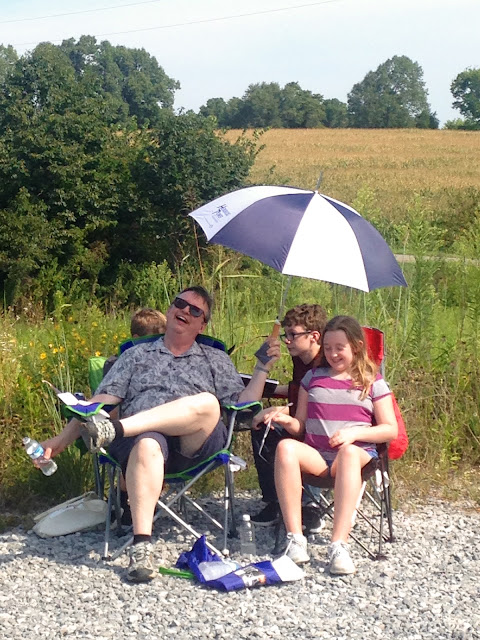 Next, a guide offered to take us on a hike to see the Mantle Rock, as well as walk on the Trail of Tears. We couldn't pass up that historic opportunity! 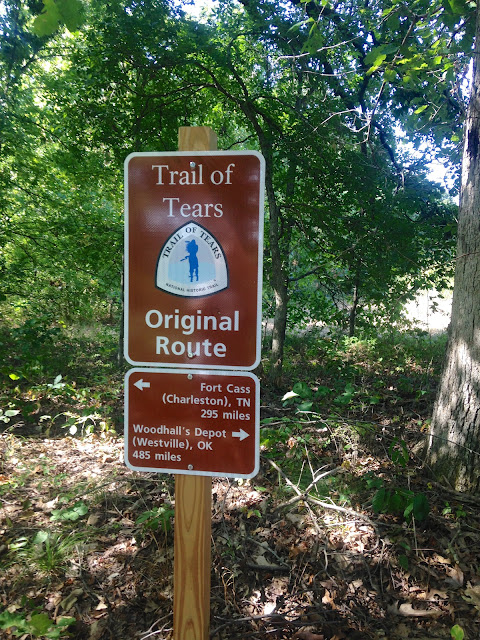 Off we went through tick infested woods (horrors!), all the while contemplating the Indians and their forced march west. 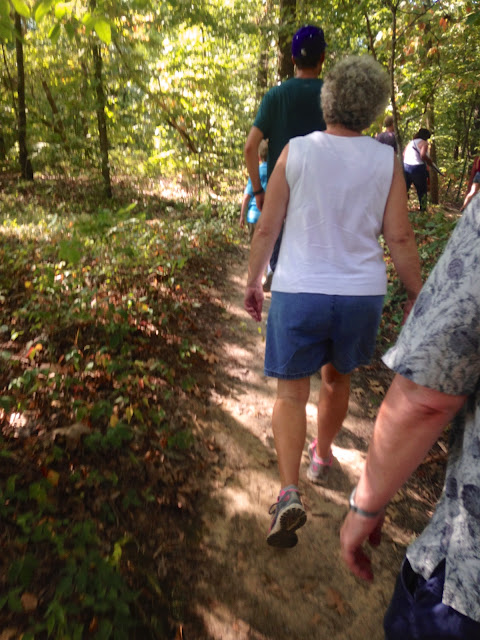 The stone arch was pretty amazing! Apparently, a glade covered in rare-to-Kentucky plants rests above the arch.

The kids had plenty of fun climbing on the rocks and getting themselves covered in dust. 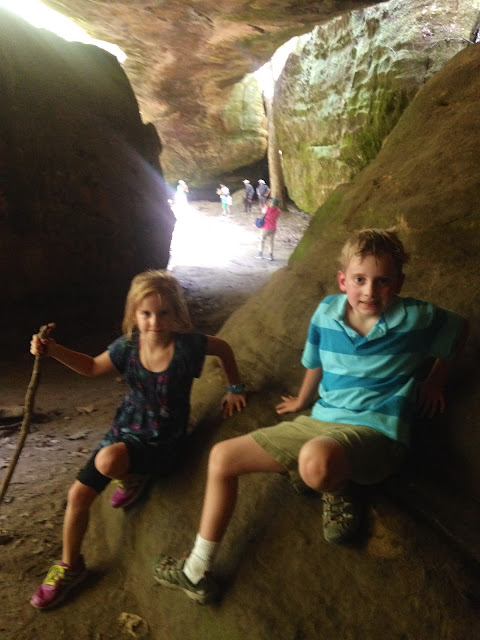 Inside the arch we saw some 19th century graffiti! 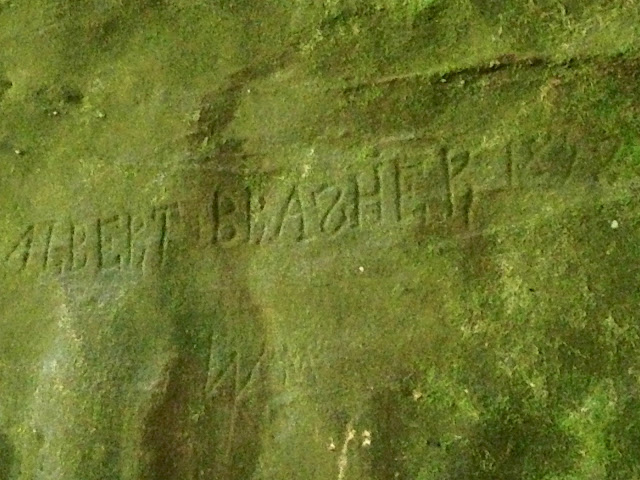 Eventually we made it back to our viewing area and the HOT sun. John and Laura try out the glasses -- instead of remembering the passports this time it was "remember the glasses!!!!". 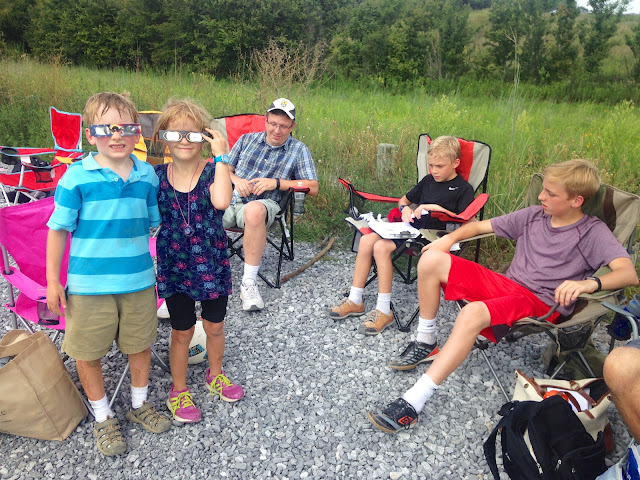 I couldn't stop staring at the countryside. 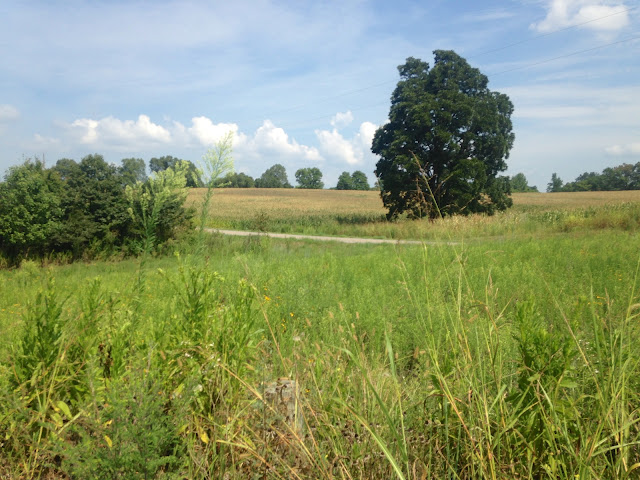 Eventually some other families from church showed up and we had about 24 altogether! 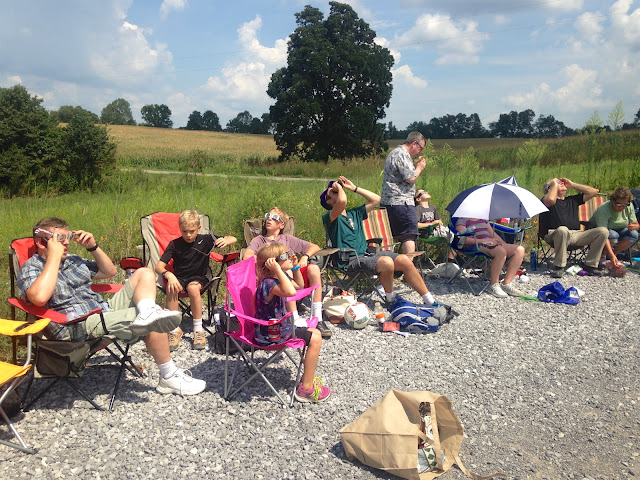 The Nature Conservancy generously invited us to enjoy their lunch (and their ice cold water and soft drinks). John and Laura are trying not to wilt in the heat. 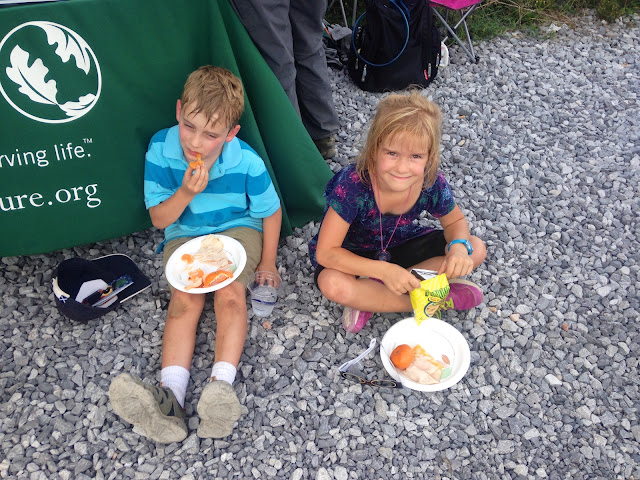 Things started to get exciting once the moon began its journey in front of the sun! 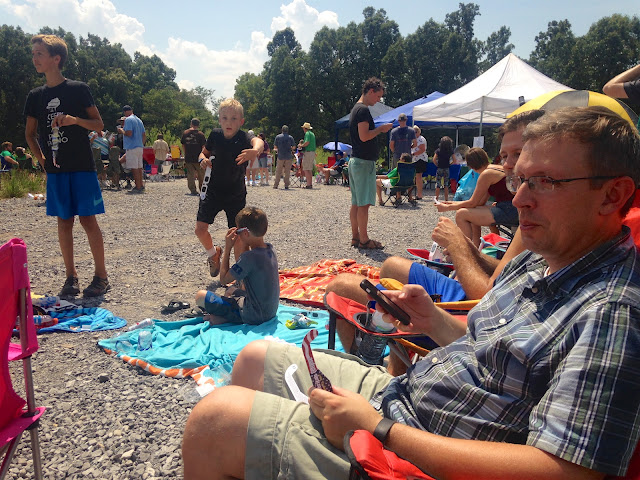 Eventually the light began to dim -- very hard to capture on a phone that always adjusts for lighting differences. 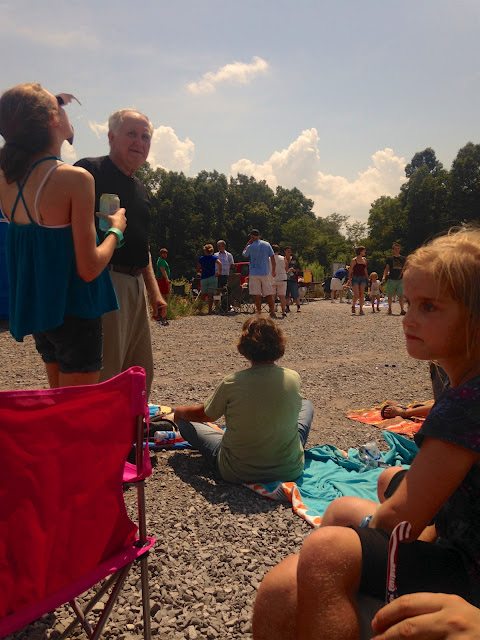 John and Laura had a blast! 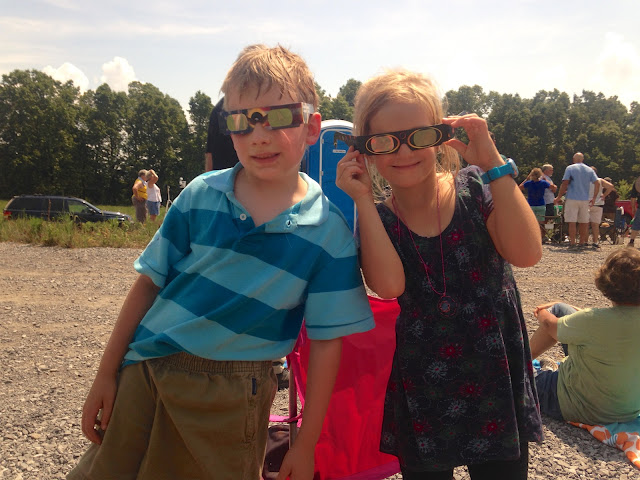 The sky continues to darken. The large clouds gave everyone a scare but they stayed away for totality!!! 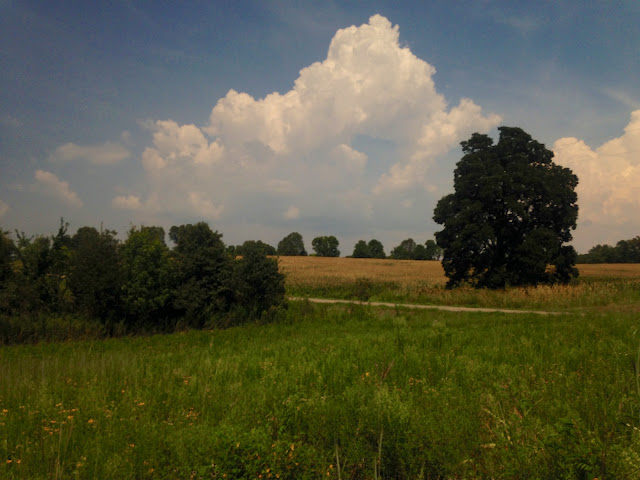 A 360-degree sunset appeared during totality. 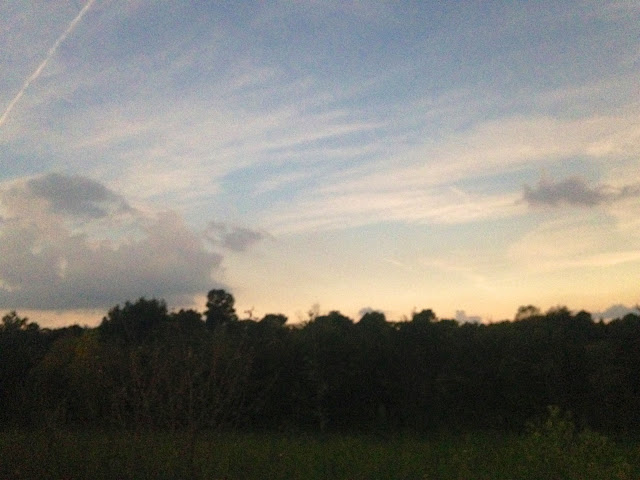 And the moment we were all waiting for: TOTALITY!!!!! Yay! It was pretty amazing, and couldn't be captured by our cameras. We all just basked in the glory of the moment and the amazing-ness of God's creation. 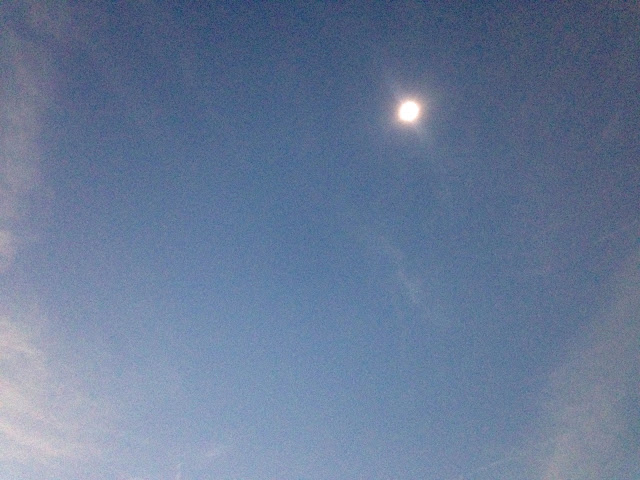 Finally the air was actually cooler and more tolerable. Probably a 15 degree difference, at least. 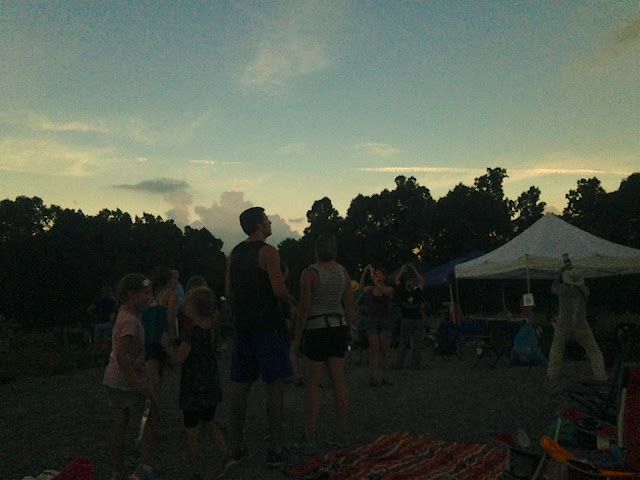 By the time totality had finished everyone was ready to jump into the air conditioned cars and head back home. We never did find the traffic, except for a line-up of about 7 cars at a stop sign in the middle of no where, and some typical construction traffic around Bloomington. 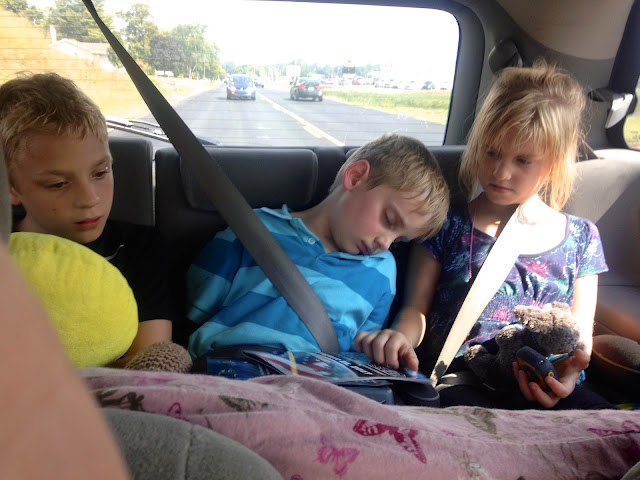 And we didn't eat all the food. Ha ha ha! But we sure were prepared!

And that was our Great American Eclipse experience -- something we'll remember forever!


Posted by Heather LeFebvre at 9:36 PM

This was a great journal of the Special Day. What a great idea for the Whoopie Pies! I've seen other posts from you by following "coffeeteabooksandme". Your artwork/journal is just beautiful. The wedding day looked wonderful also. How was it sharing the food on the lazy- susan? It seems like it would be a lot easier on the cook/servers.