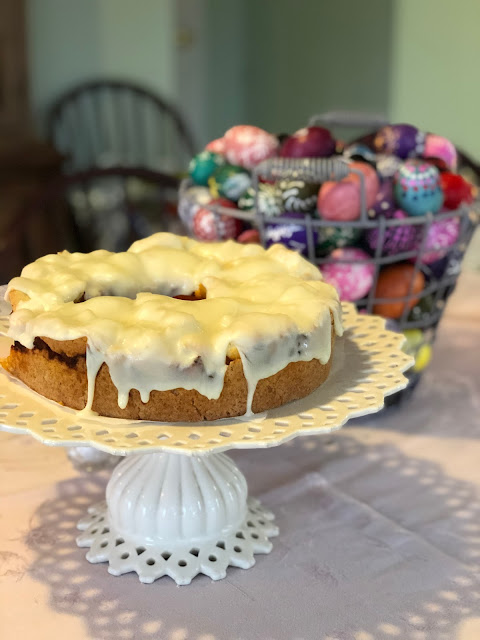 In which I discuss the many pranks of April Fool's Day.....

As one child observed, "I don't remember doing this much on April Fool's Day before." That child is correct! This year Aprils Fool's provided a nice distraction from another day at home.

It began with finding the entire downstairs turned topsy turvy -- from couches, to lamps, to the spice cabinet, to the teapot under the tea cozy, to the microwave and coatrack. Trolls had obviously been up late putting it all together and it was very, very impressive. It took some time to figure out how to retaliate (other than making them put it all back) but I snuck out and drew flowers and funny faces in soap on said troll's car windows. He had a little surprise coming to him when he went to work!

It was grocery delivery day from Instacart. I had gotten in line a week ago and have been adjusting my list every few days. Our shopper was terrific and texted me the whole time she was shopping: "Do you really want 7 bags of bagels?" "Yes please, we have a large family." "Okay! Just wanted to make sure." So imagine my surprise when I unloaded the groceries and found NINE pints of heavy whipping cream. Really? How did that happen? Except I know how it happened. The software is funny sometimes and one doesn't realize how many have been added to an order. Too bad I told the shopper we had a large family because maybe when she got to the 9 PINTS OF WHIPPING CREAM she might have texted to ask if I really wanted that! ha ha ha! I see many batches of scones in our future. (I think this should count as an April Fool's joke!) In case you are wondering, we are holding steady at about 8 pounds of butter in the freezer.

The day was similar to all the others: yoga, quiet time, blog, breakfast, painting, working on projects, sewing, throwing in a load of laundry, working on chores. I finished the little pantry! It hasn't looked this wonderful in years. Am making great progress on my closet too!

The middle child was scheduled to bake so I gave him a recipe for sticky toffee pudding, knowing we had just enough dates for one batch. I came down later to find it all made but the most horrifying looking toffee sauce in the saucepan: "What happened?" That's when the child sheepishly admitted he'd added some food coloring. And he'd tried to dye the pudding itself green (???? I heard one child mention monster boogers). Fortunately the green mostly baked out of the pudding. I get April Fool's jokes...but not with sticky toffee pudding! It felt like some sort of sacred desecration. Good thing it still tasted delicious if you closed your eyes!

Why not add insult to injury and cook something fun for dinner too? I found a "cake" to bake which was bisquick mix dough with Italian sausage, spaghetti sauce, and pepperoni in the middle and mozzarella cheese melted on top (special thanks to my Instacart shopper who agreed to add the cheese on in the middle of the shop!). The gluten free version worked and the family did enjoy the funny joke. Not to mention the recipe was tasty!!!! Here it is.

Posted by Heather LeFebvre at 10:13 AM

That's fun! We did not do a single April Fools joke this year. Probably we should have, as the day felt really fraught!

I'm interested to hear that you did Instacart. I think we need to do that from now on instead of shopping, as Josh spent THREE hours yesterday going to stores and still didn't get enough vegetables (so many limits, and he doesn't know what to do for substitutions). I guess I should get in line now! Do you do multiple stores or just pick one at a time?