Next in my series of "Author Visits" is the visit we paid to William Wordsworth's Rydal Mount. 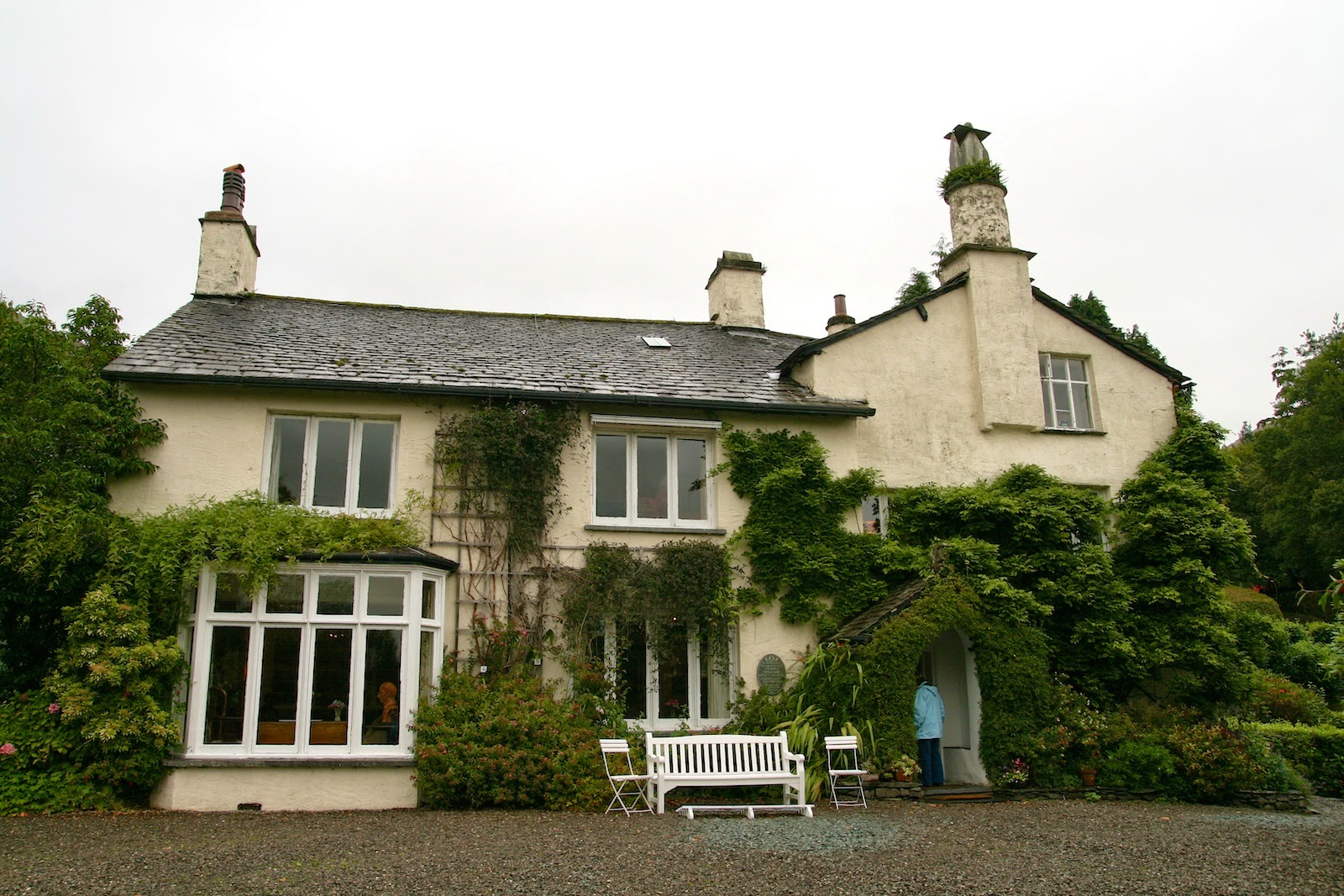 The house is located in the tiny village of Rydal, just outside of Ambleside in England's Lake District. The Wordsworth's initially did not own this house, they merely rented it -- for years and years and years. Eventually, in the 1960's the home was purchased by Wordsworth's great-great-granddaughter.

Coming out the front door of the house you can amble down a long flight of steps and then walk up the "Norse Mound." 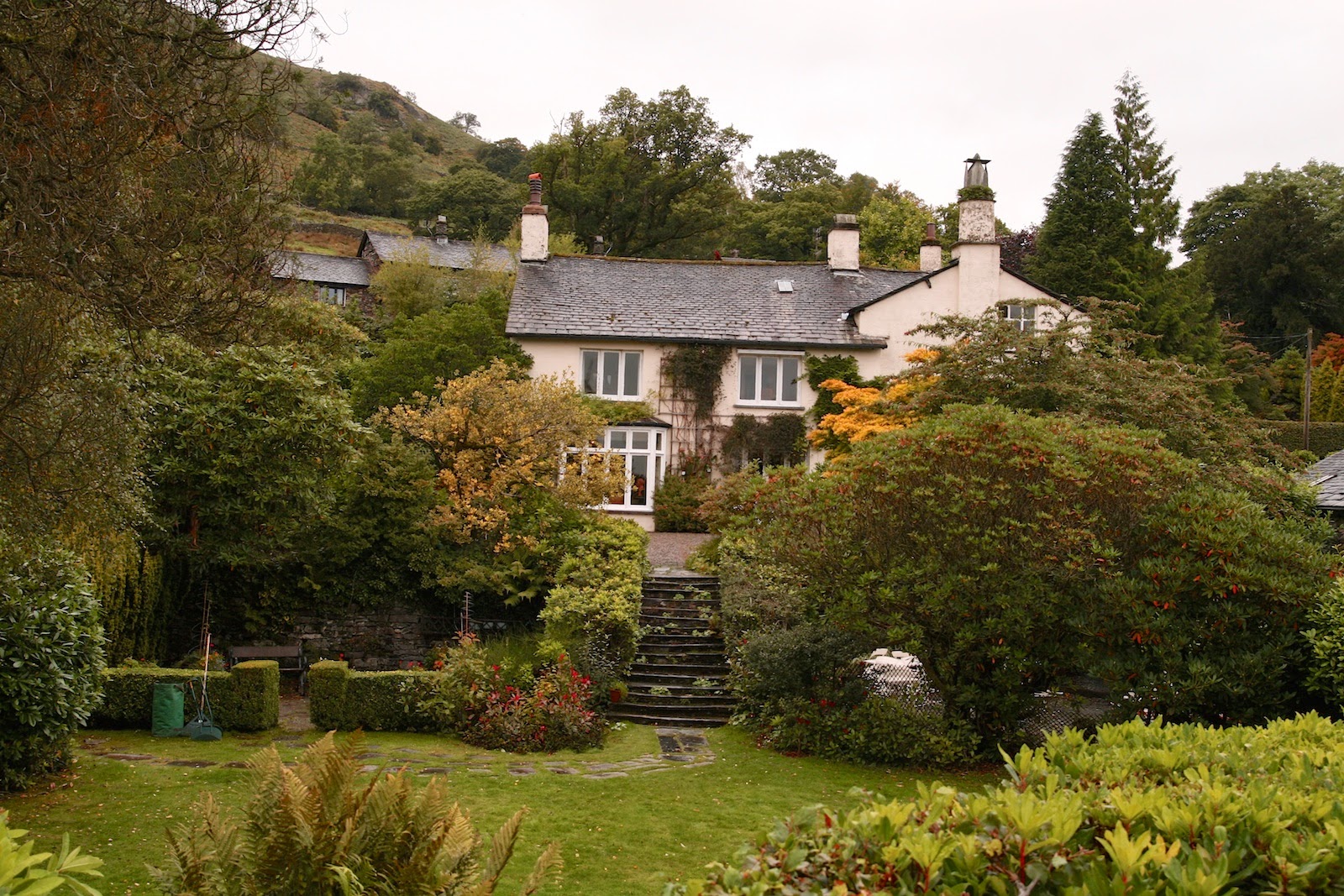 As you can see, the Norse Mound dates from the 9th century and was used for beacon fires to warn of approaching raiders. 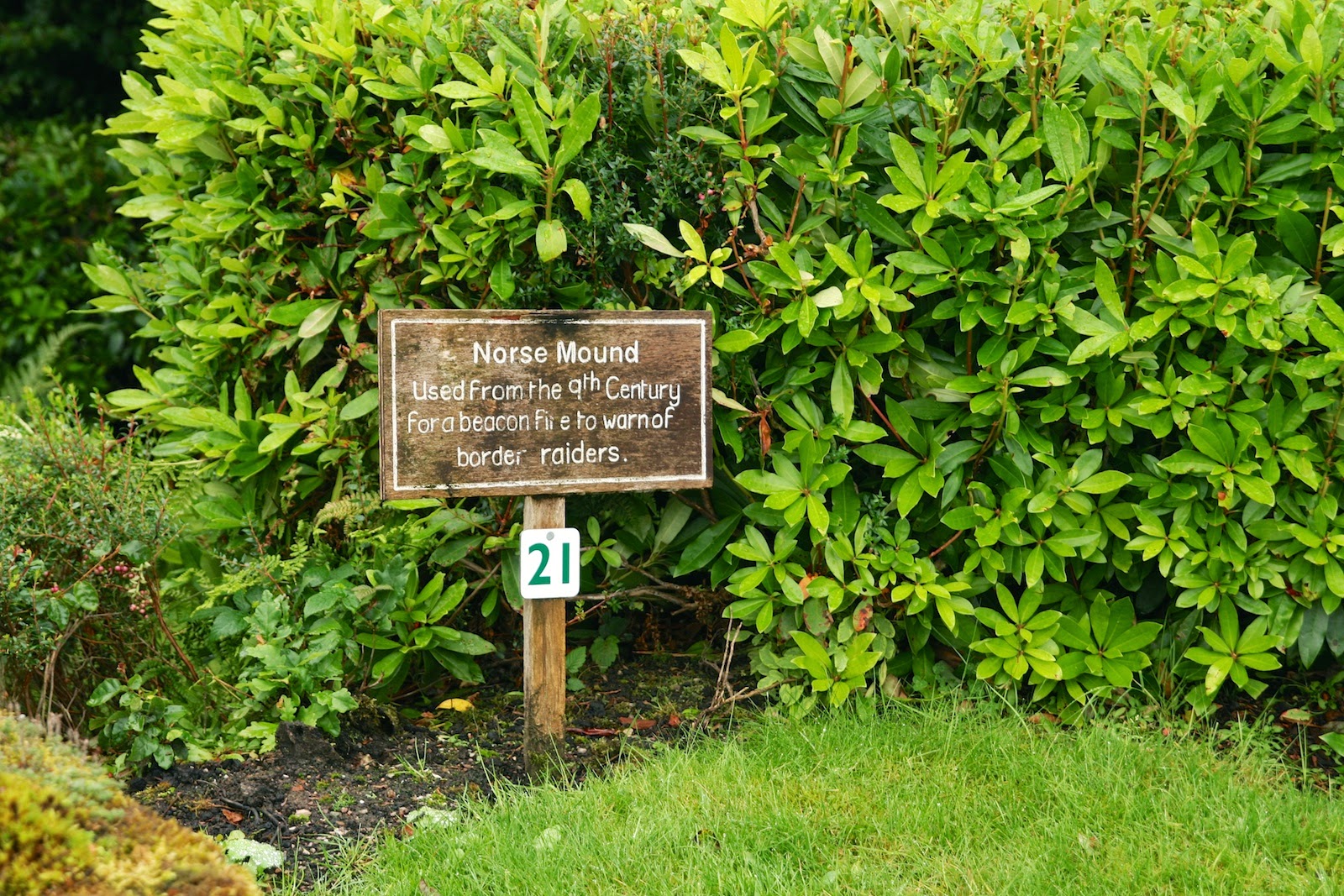 Here is Michael, contemplating what work would be like from the Norse Mound. 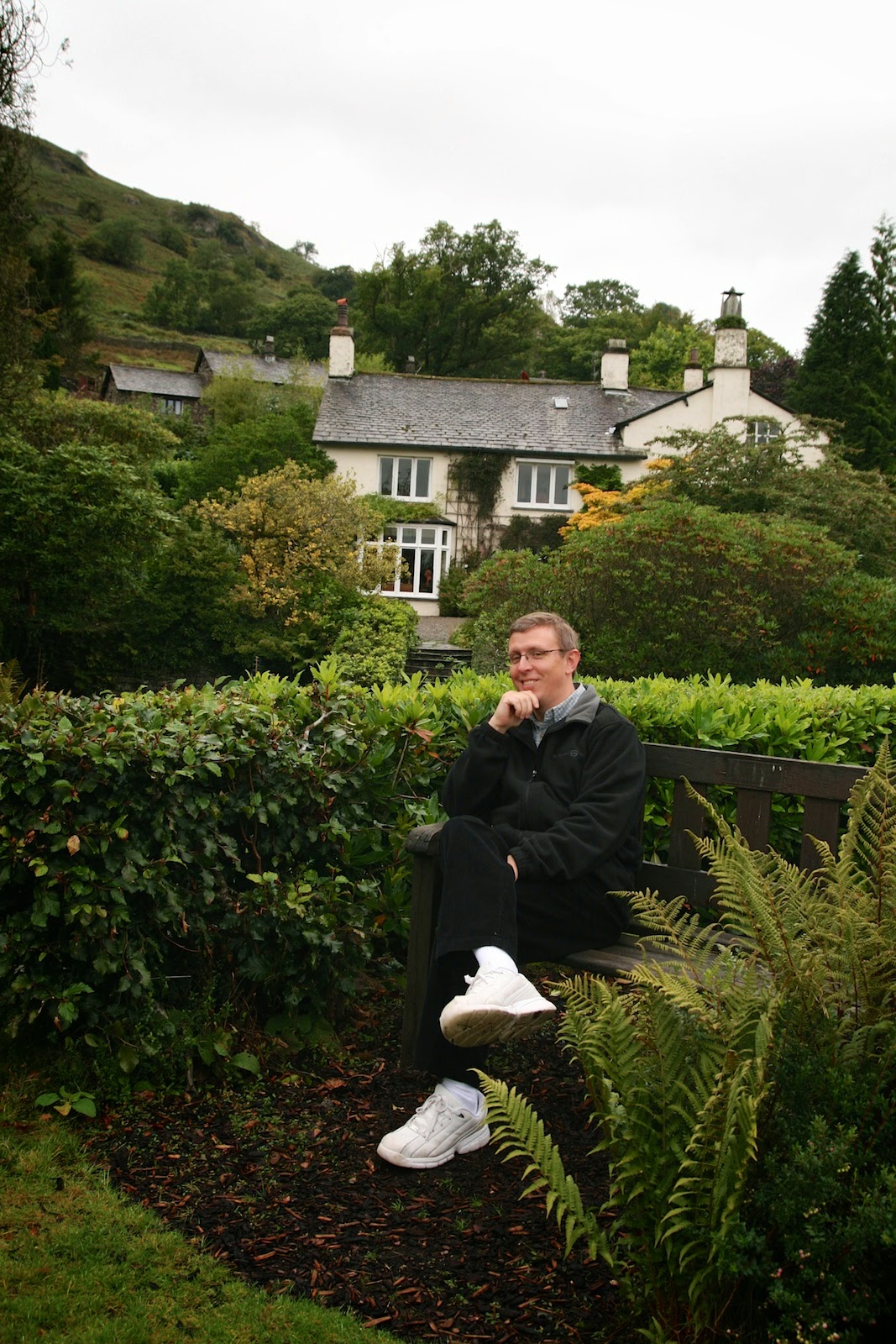 Wordsworth was so captivated and inspired by nature that he devoted much time and energy to the gardens at Rydal Mount. One can imagine how beautiful they must have been in his day. 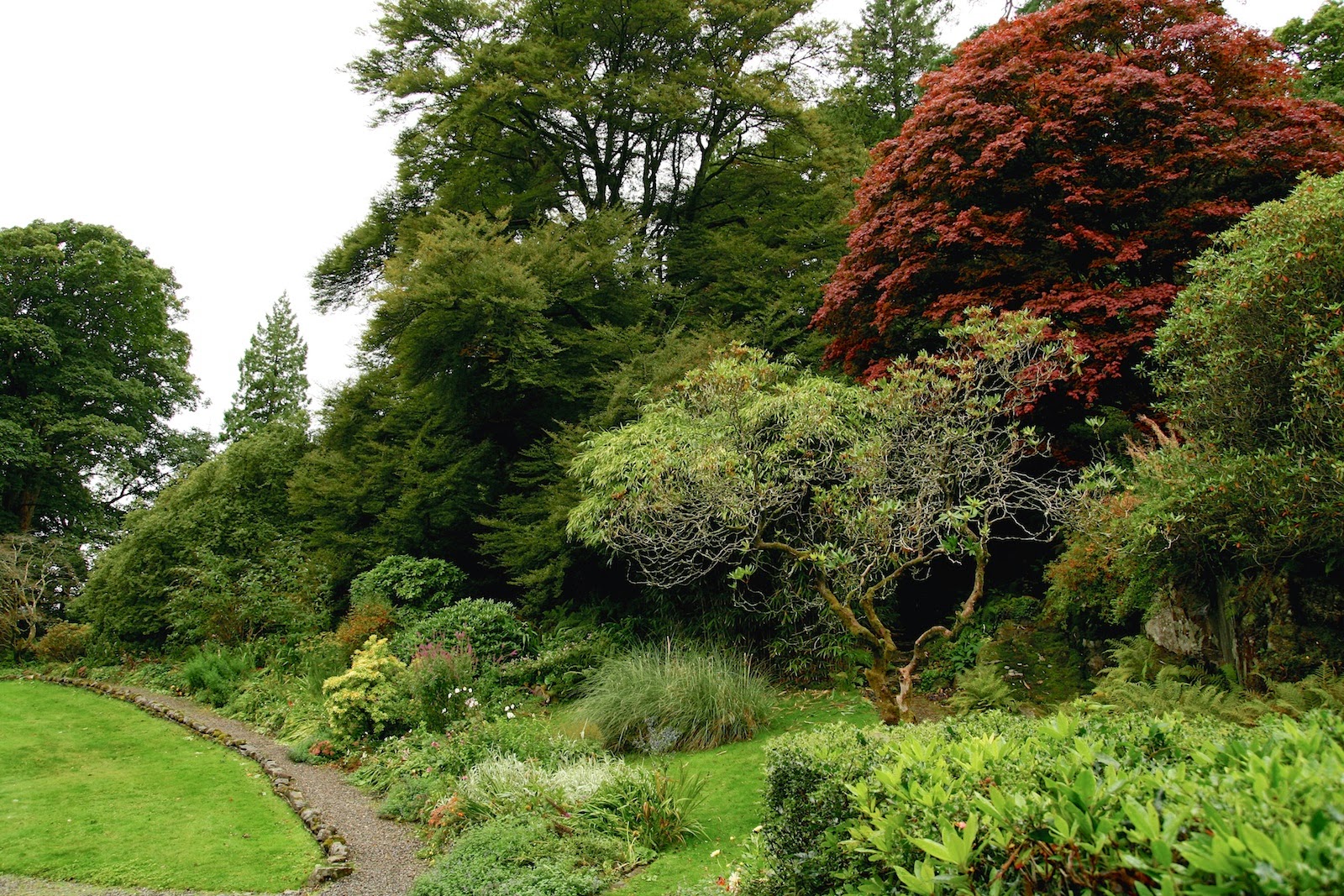 Wordsworth preferred to do his writing out of doors, while pacing in the garden, walking along the paths, or sitting in his "writing hut." 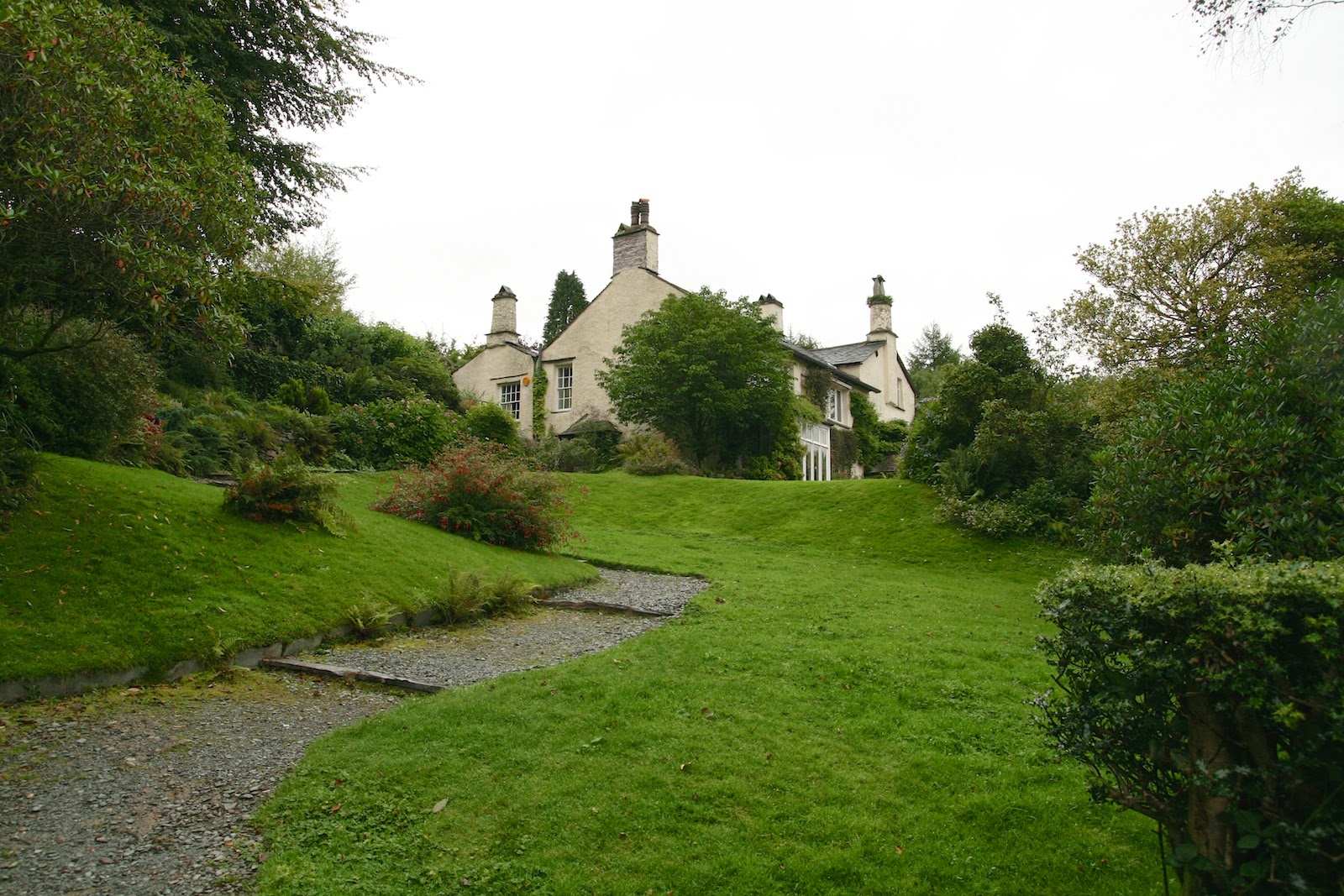 Down the path towards the Writing Hut: 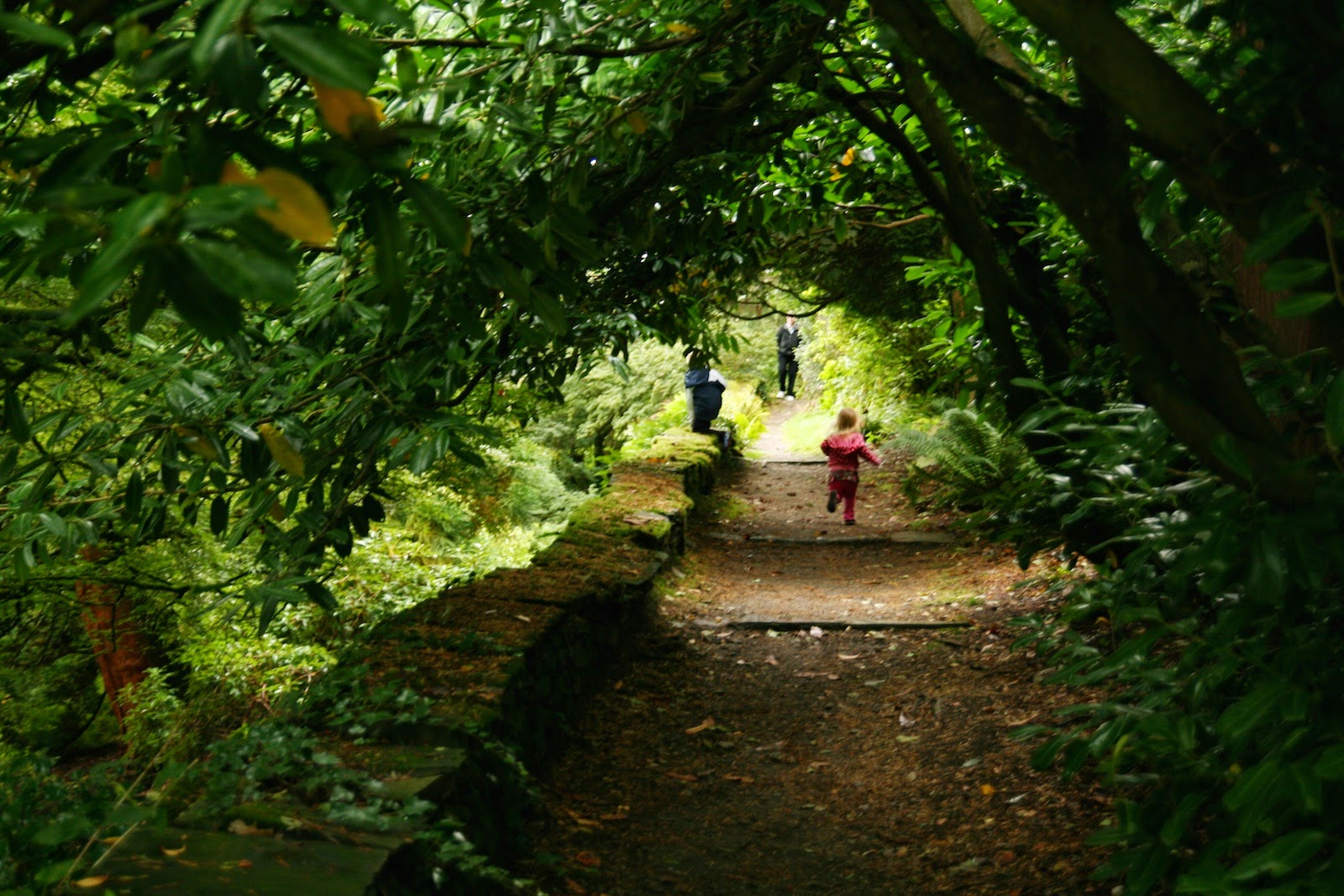 And here is the Writing Hut -- just a simple structure to provide relief from the all-too-constant rain of the Lake District. 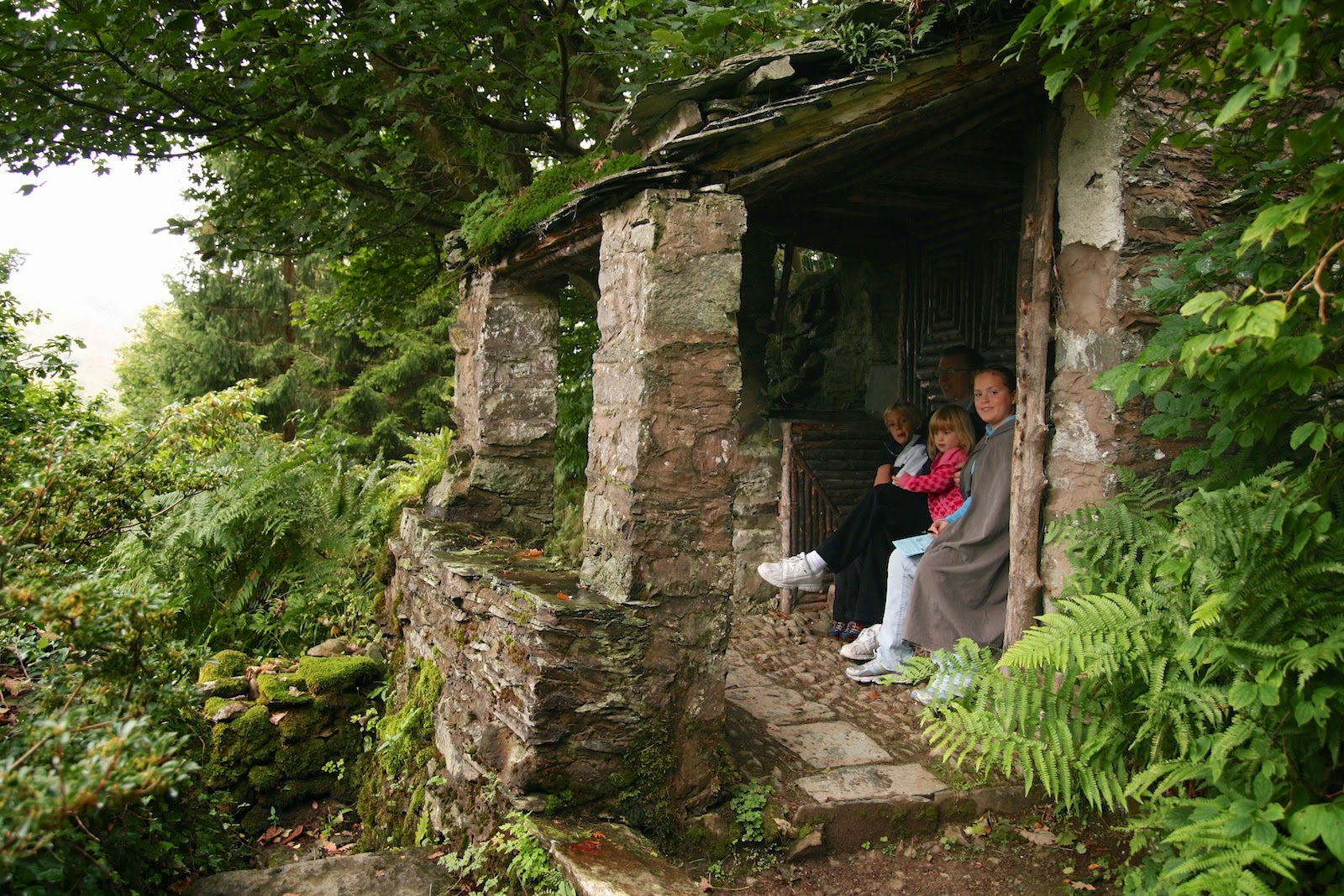 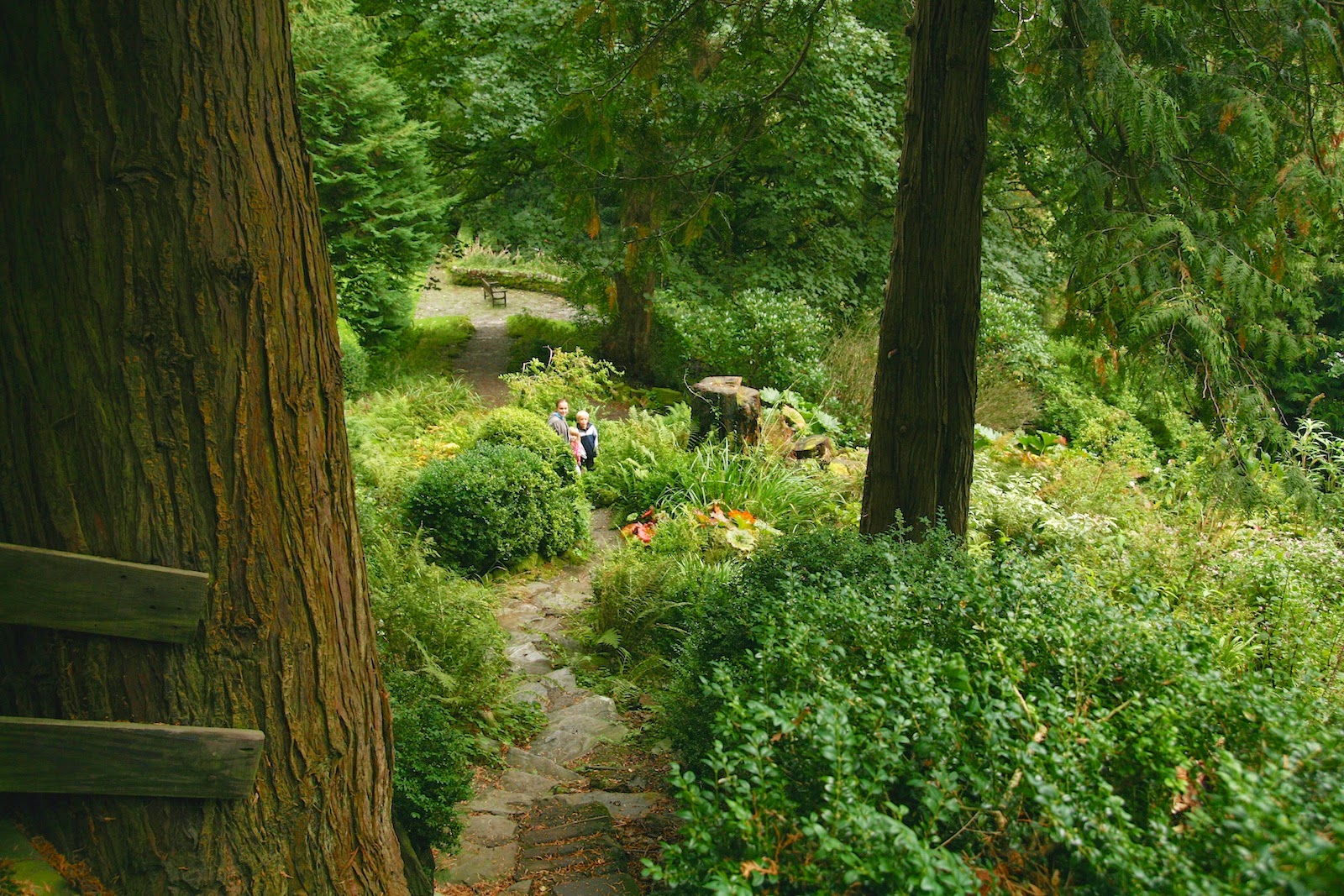 With views to Lake Grasmere: 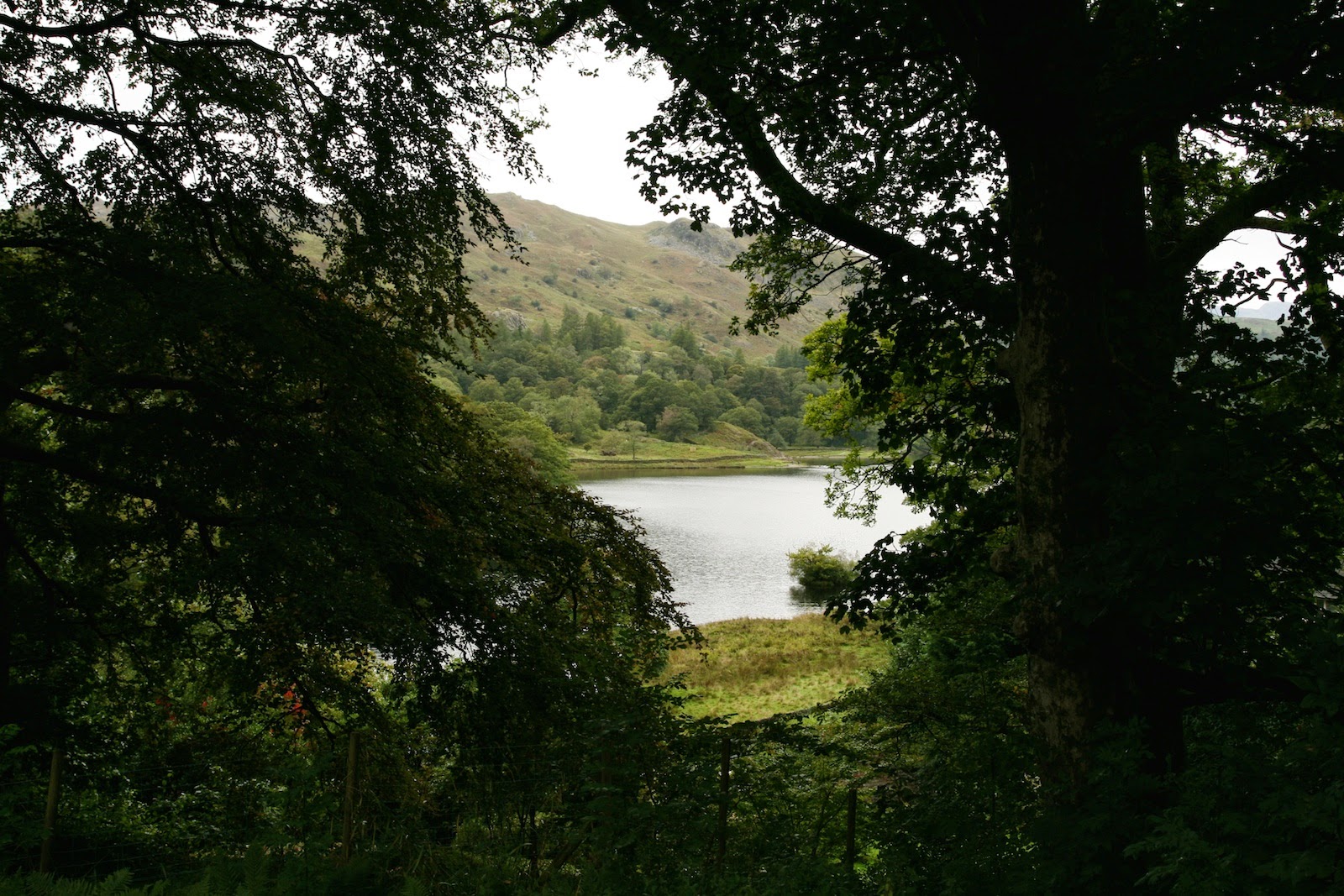 And around back toward the house: 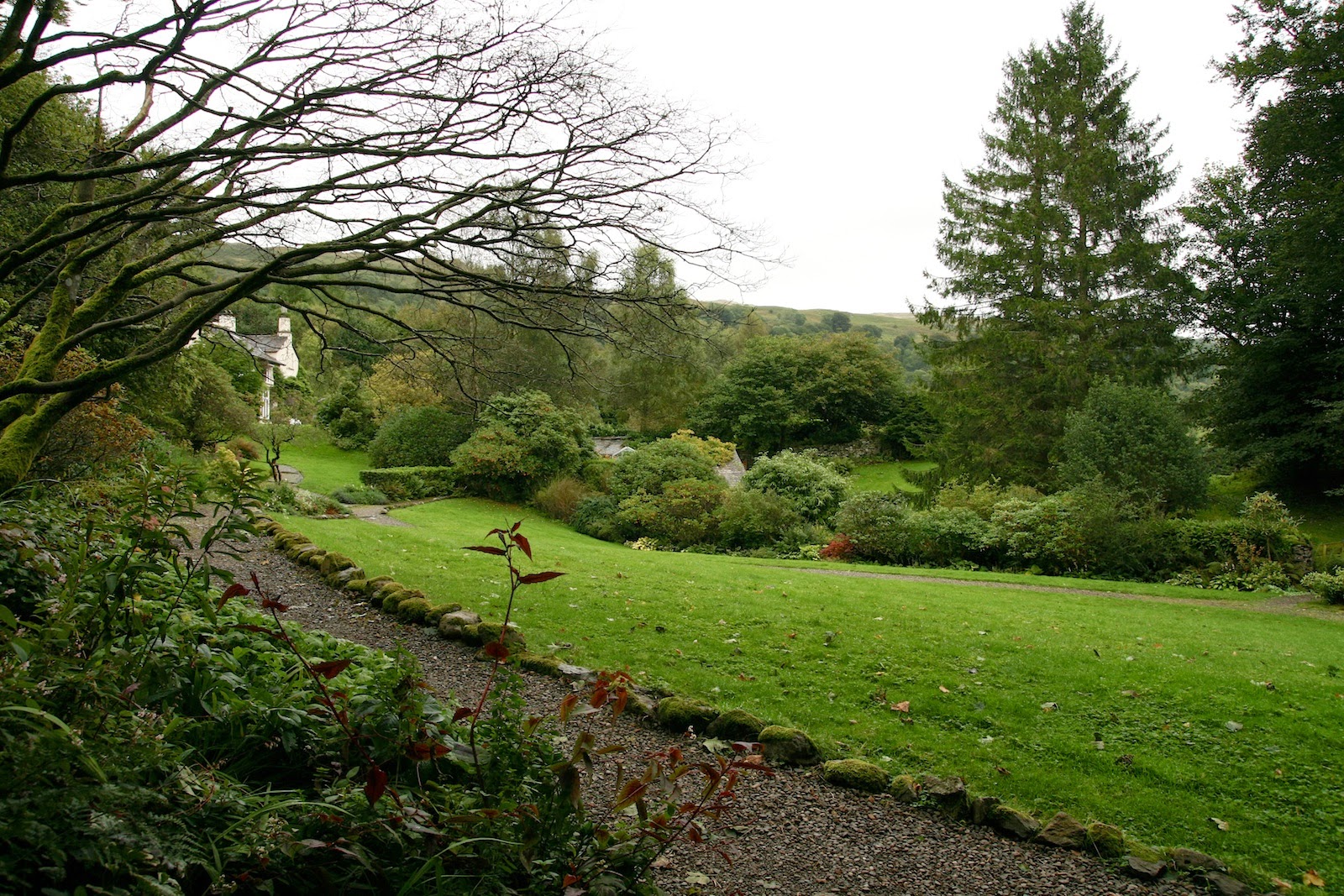 And here is the purported view that was once covered in daffodils and thus inspired Wordsworth to write the famous poem "Daffodils". 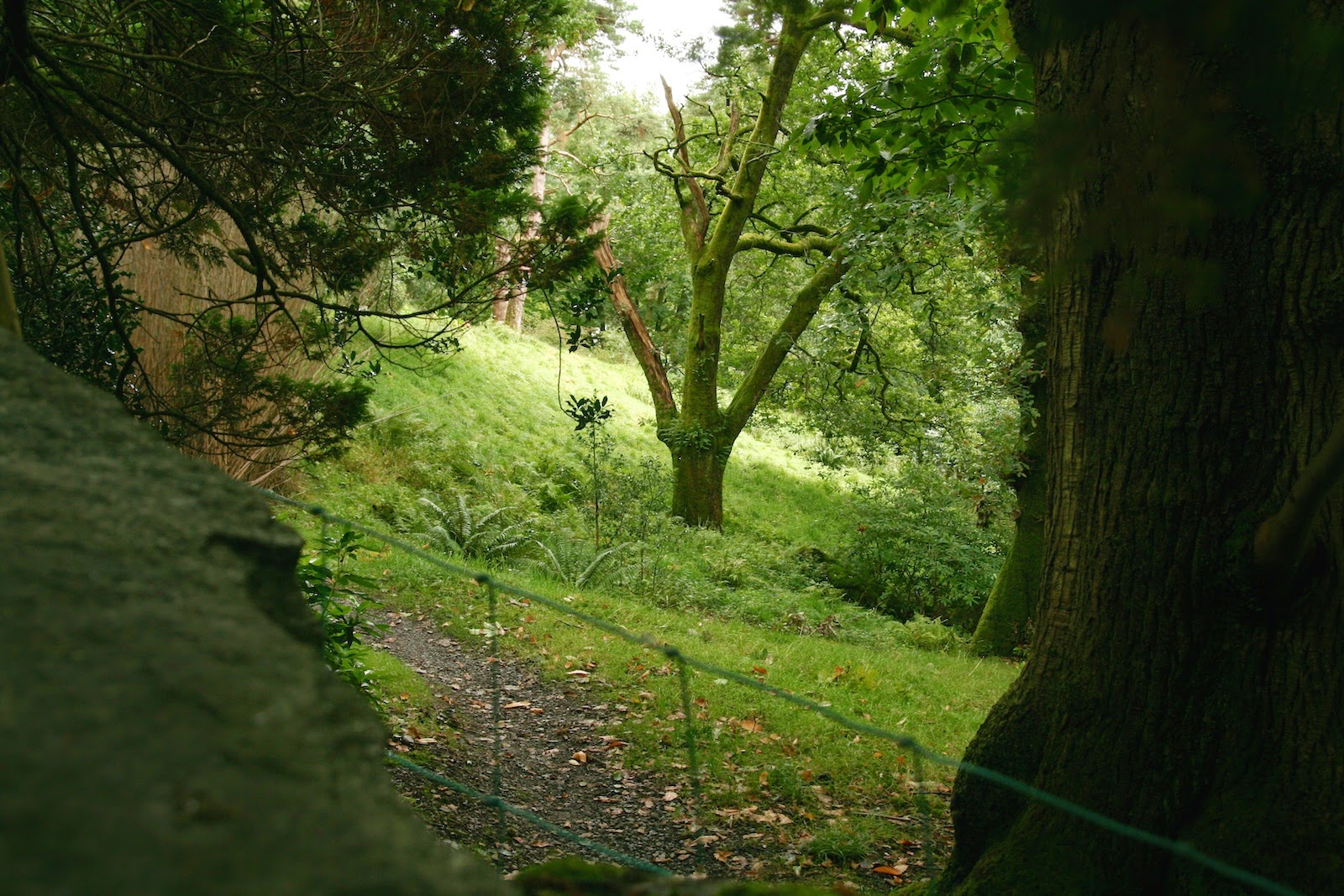 Down around towards the front of the house again and one passes the spring house: 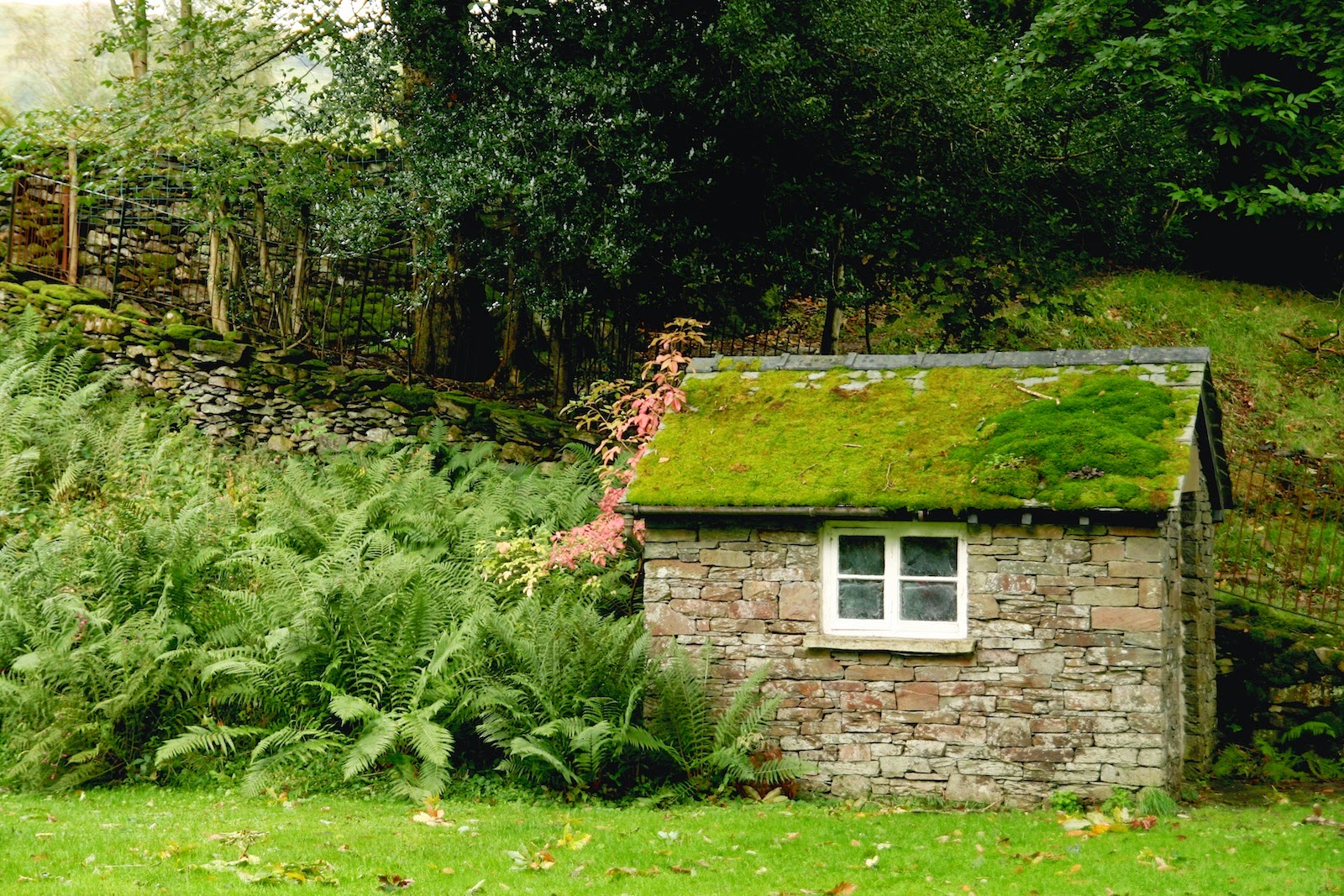 And comes to the potting shed and greenhouse: 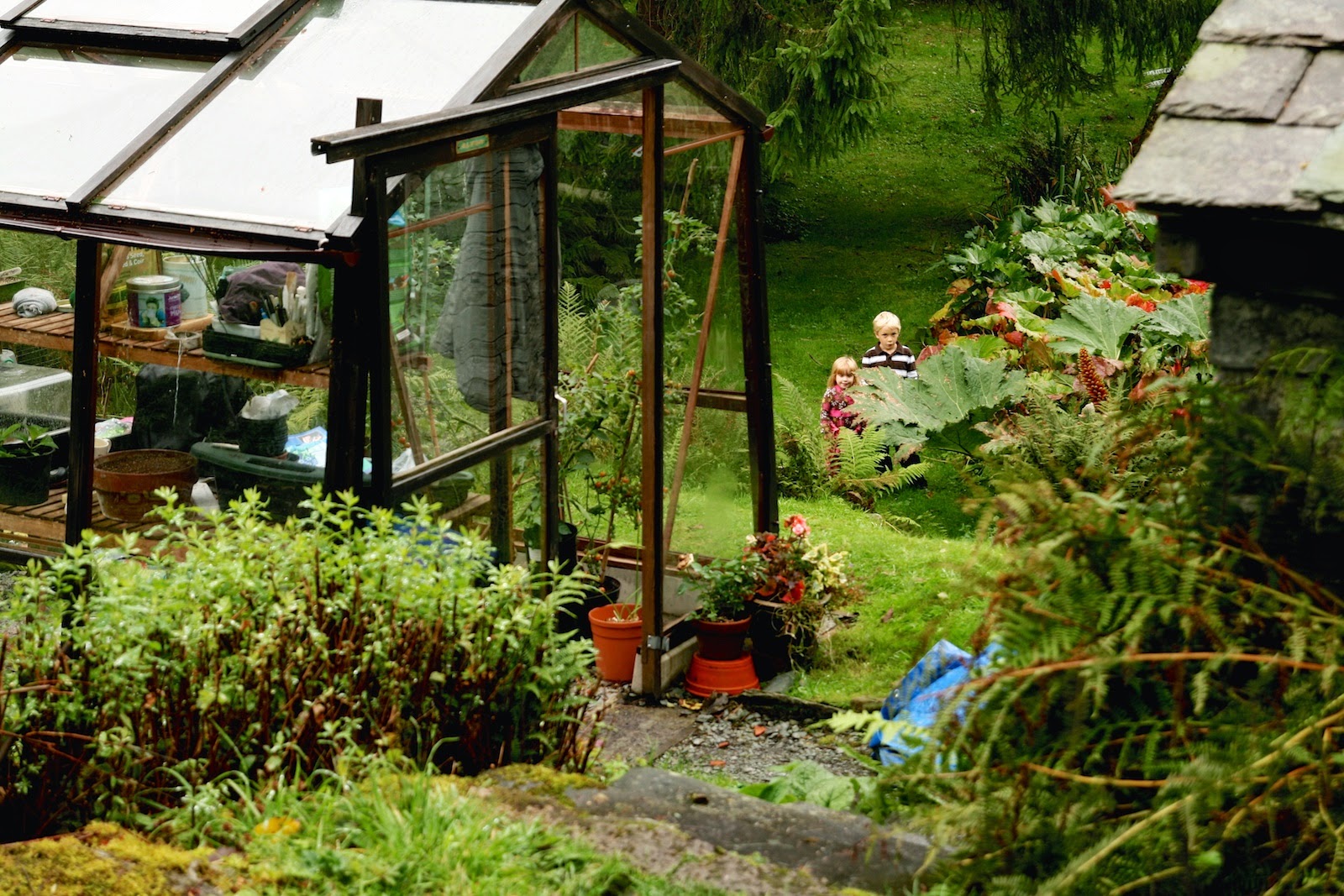 I couldn't help but snap a quick picture of the gardener's stash -- note the journals and books sitting there on the table. I believe the gardener told me she does this single-handedly! 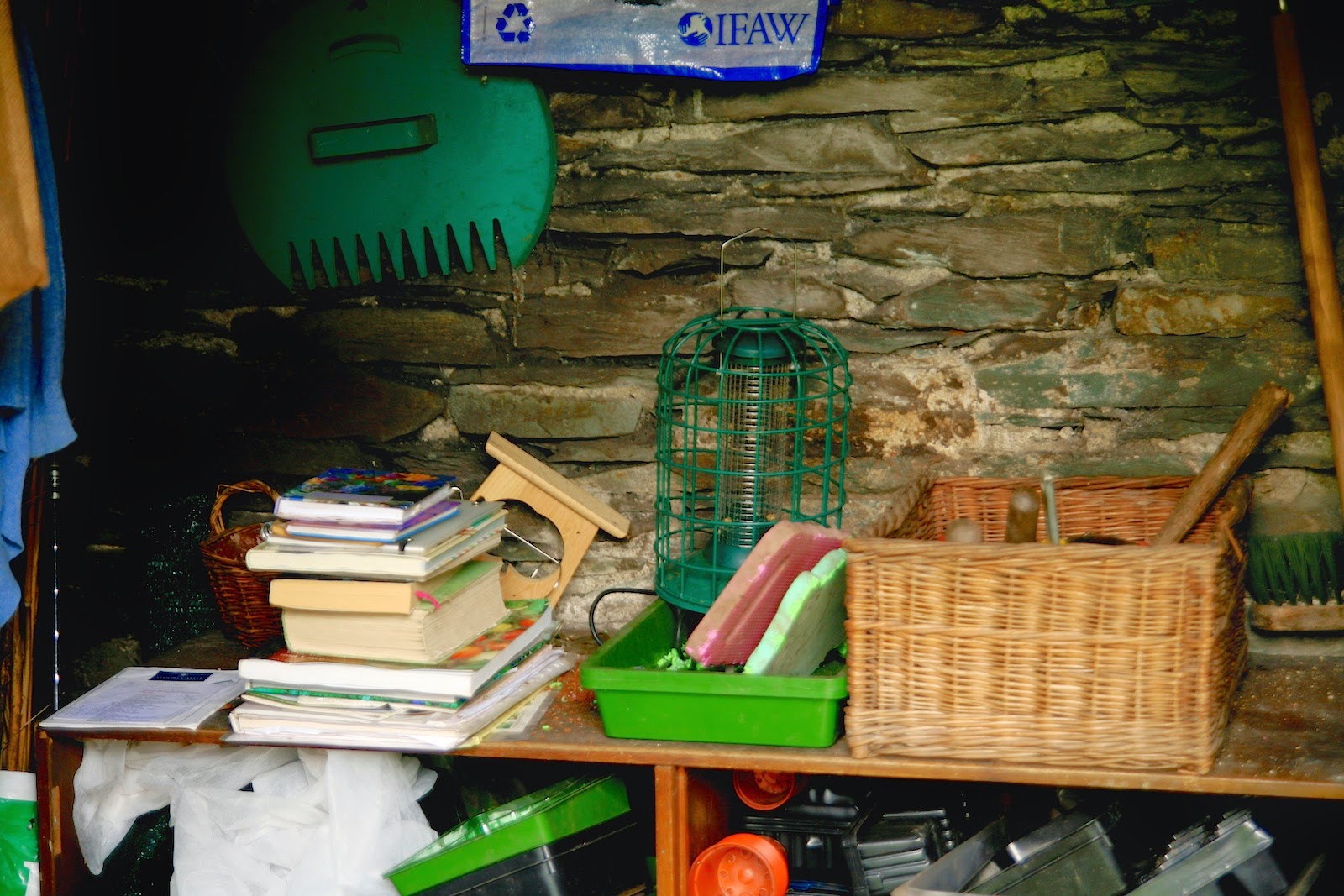 And here are David and Laura standing by the Gunnera -- just to show you how big this plant grows!! 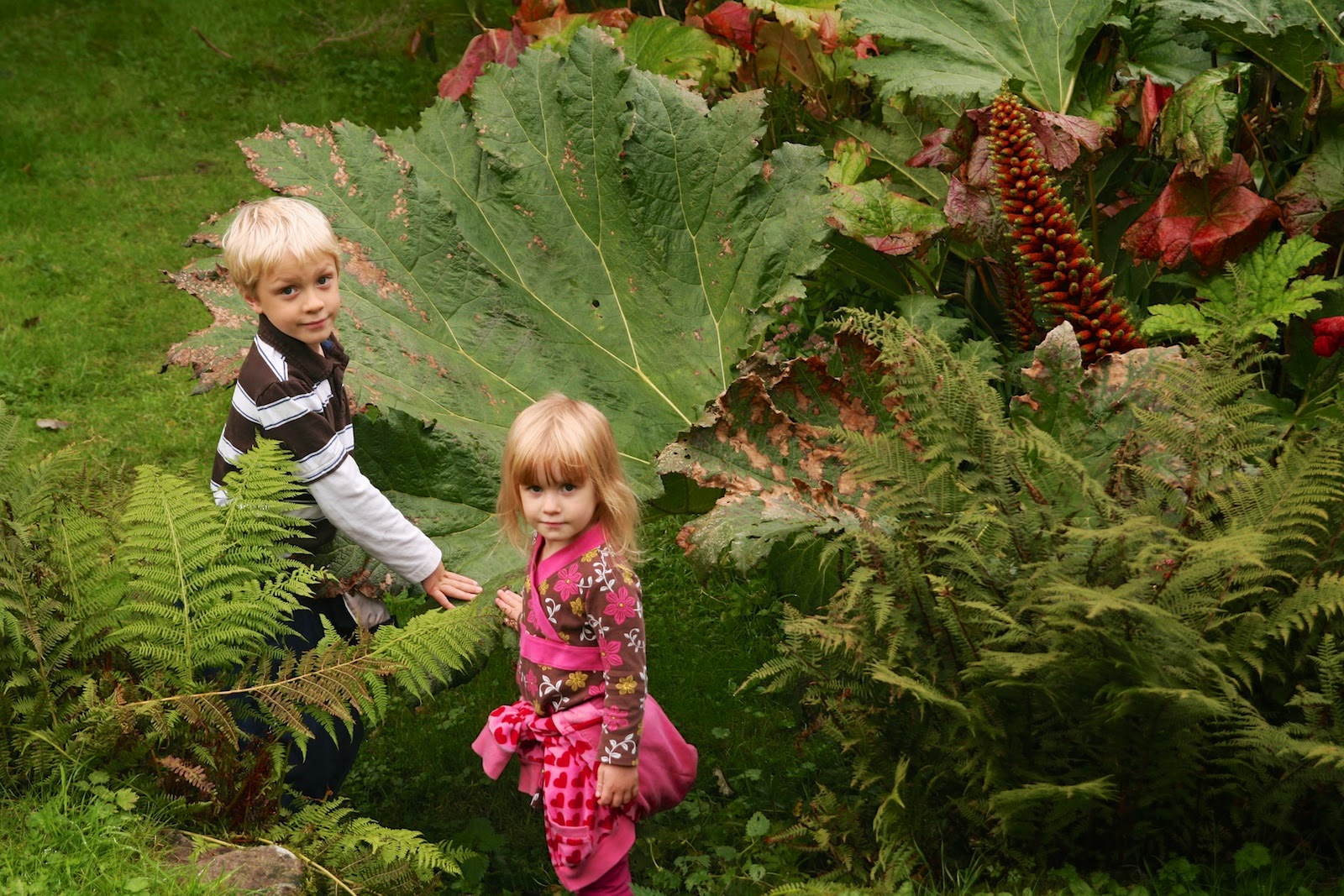 The trees on the estate really were just stunning! 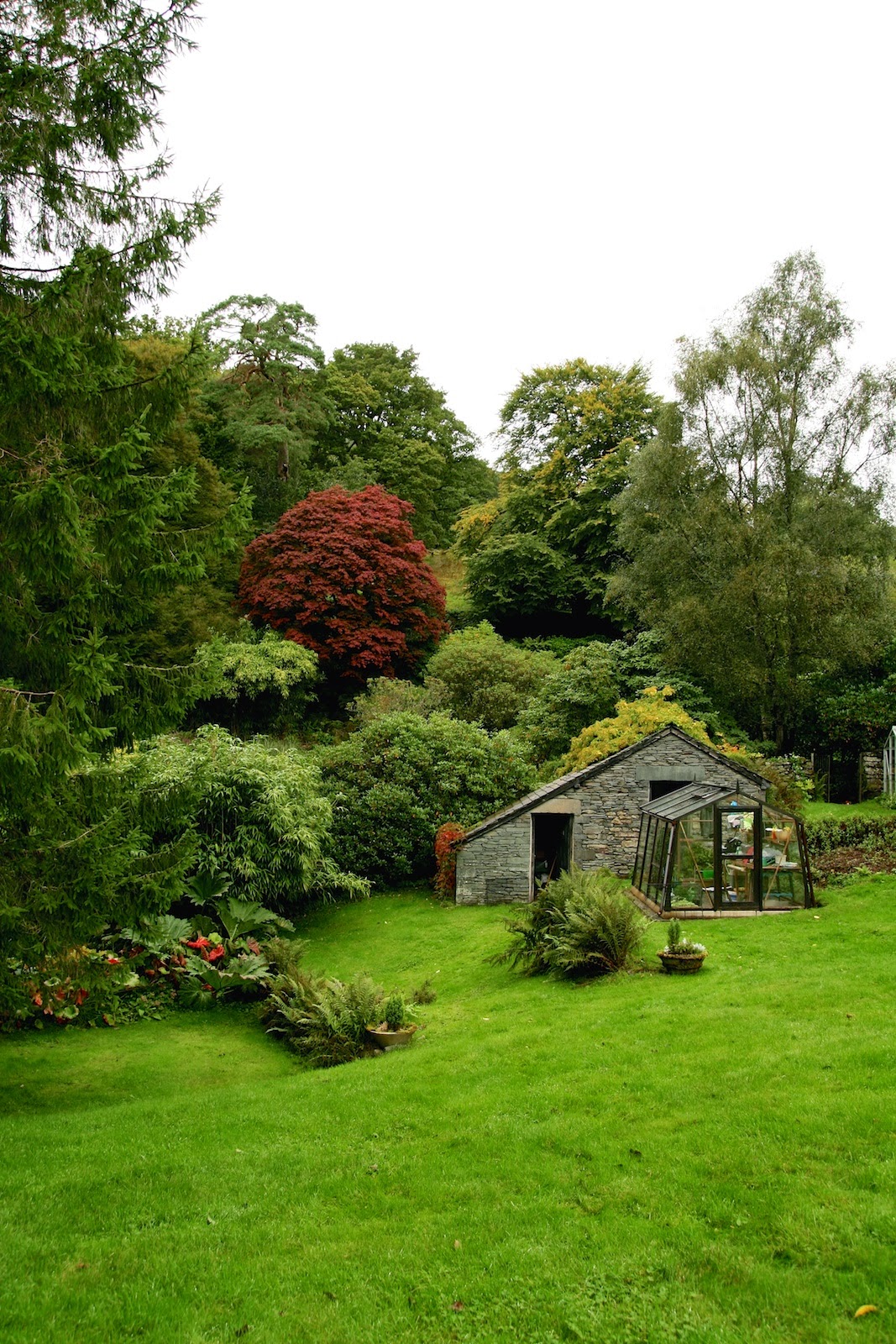 A peek at a few of the late-blooming flowers: 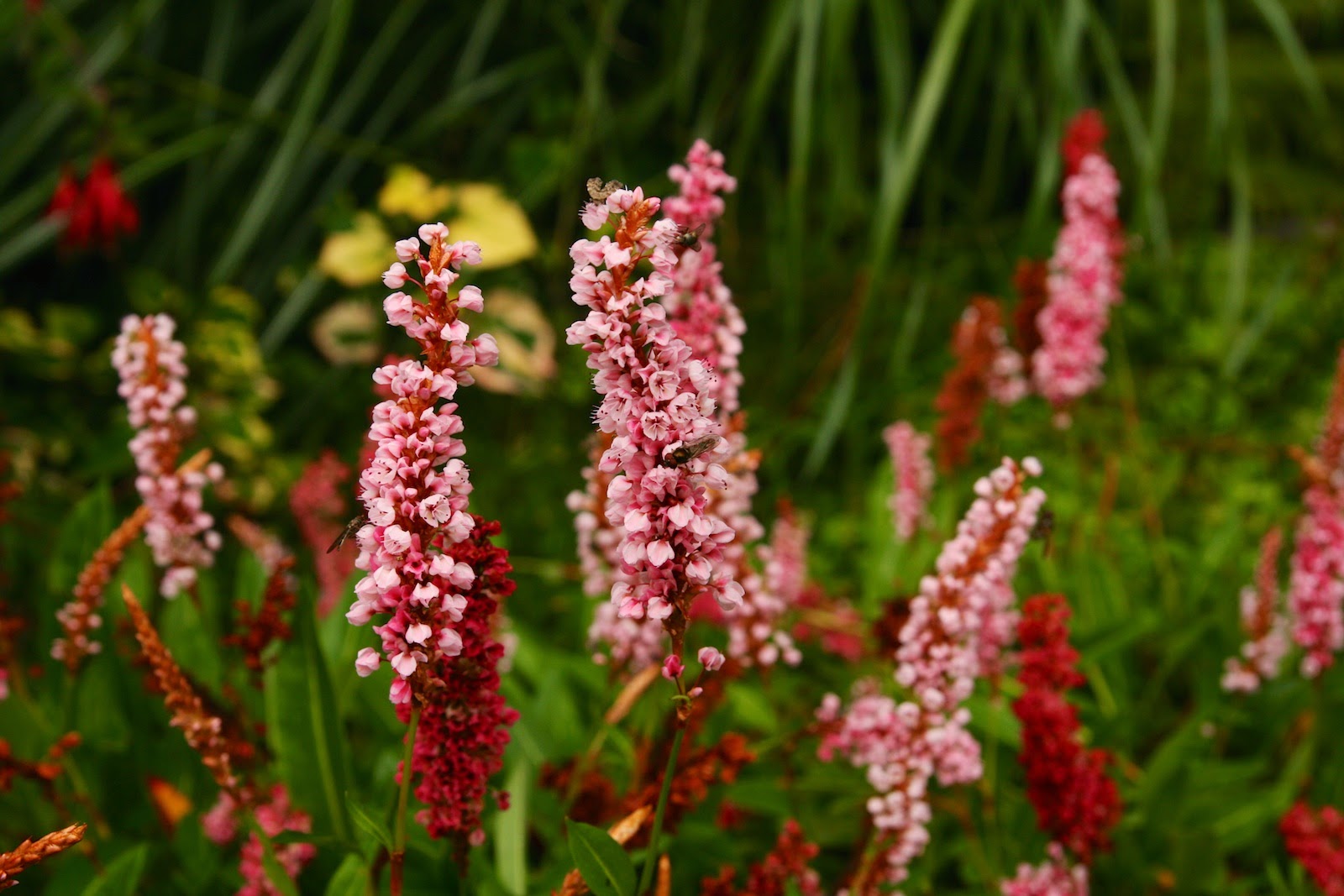 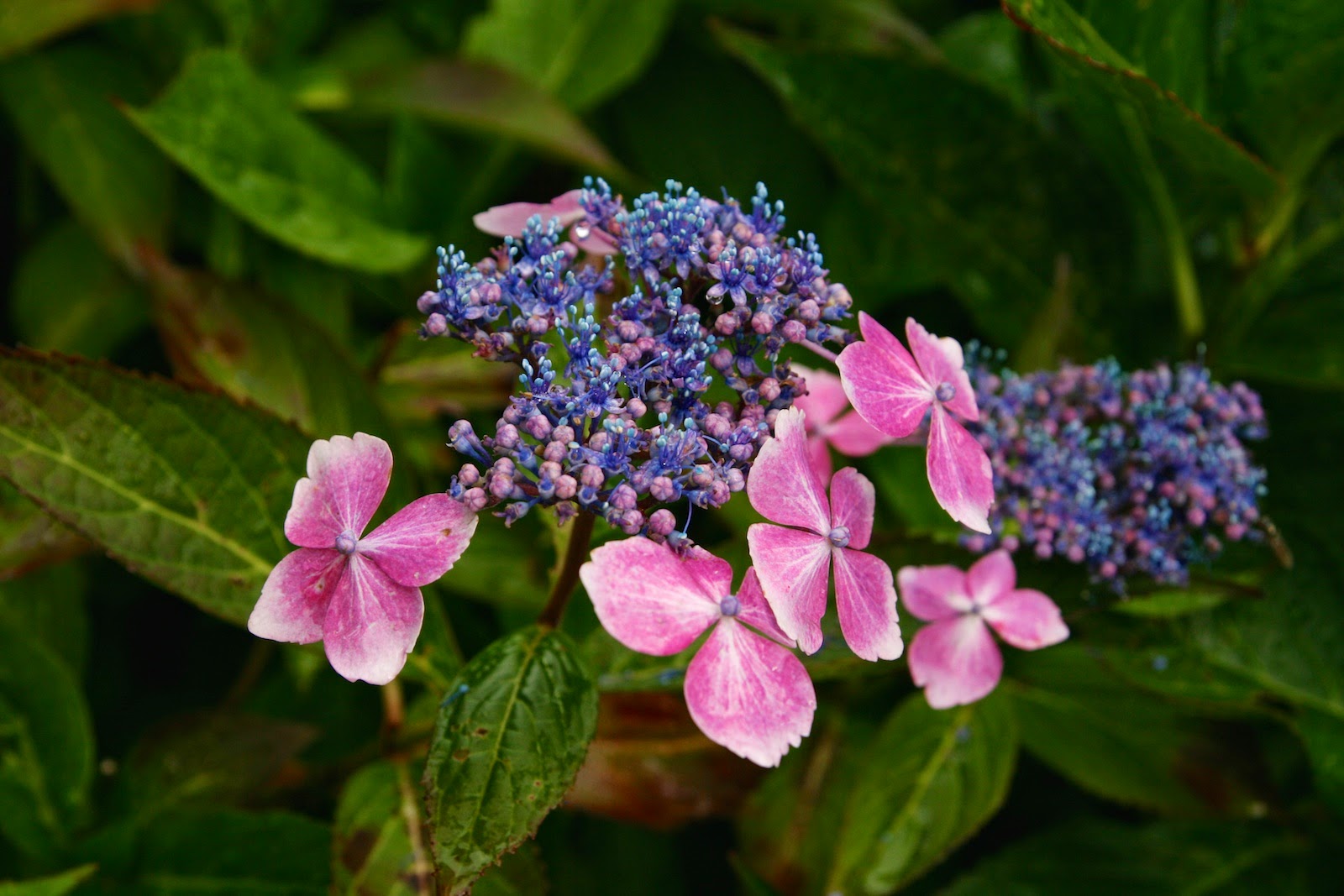 And back around to the front entrance. We did tour the house, which was lovely. Unfortunately, no pictures allowed inside. :( But it was fascinating to hear the history of the house (I think maybe 1400's or 1500's) and then imagine Wordsworth in his sitting room looking out on the beauty around him. 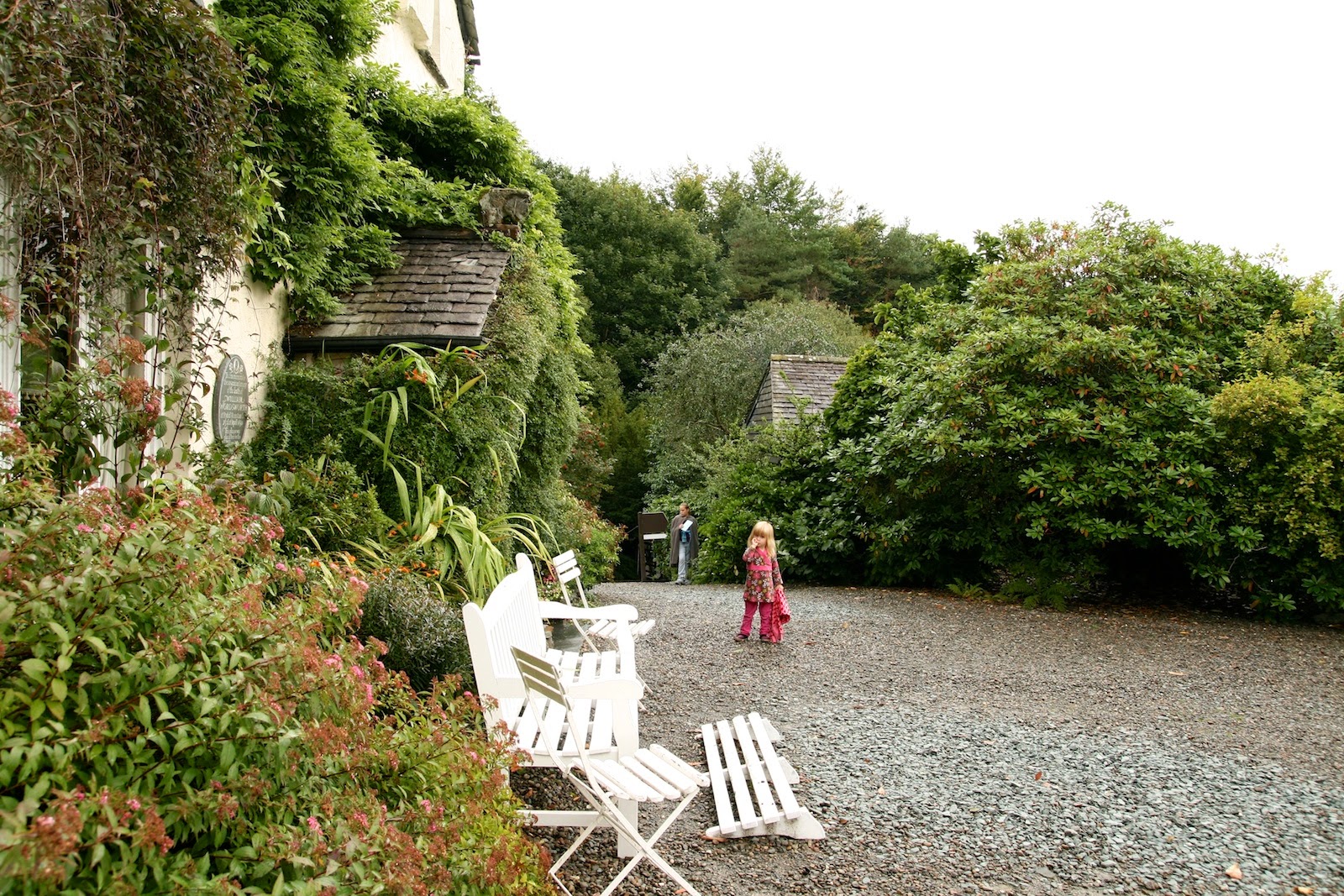 All these plants growing up around the house do look very English! 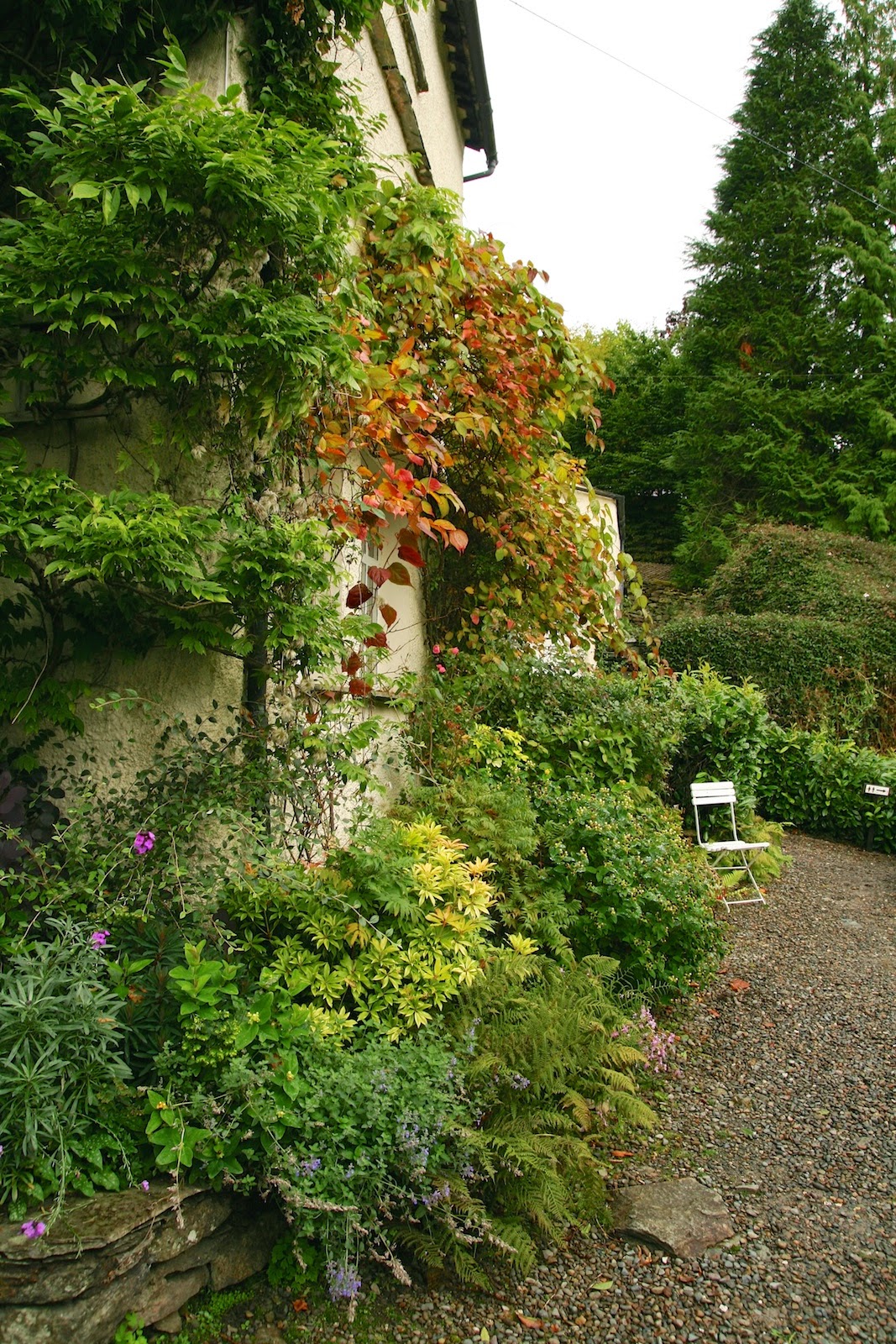 What stood out to me most about Wordsworth was the way his garden played such an integral and important part in his work. Being in touch with nature was vital. Without it he just wouldn't have written much at all.
Posted by Heather LeFebvre at 8:11 PM

oh that is just beautiful!!!! what lovely gardens! they really do a LOT for a person! Sigh. so glad you were able to see this! love your tours you are giving us! :) Have a blessed evening!!!

Thank you, Heather! What a treat! How could he sit outside in the writing hut without long underwear and many layers of wool? He must have been accustomed to the English damp.

So beautiful! I just found myself looking and looking at the last shot of the corner of the house with the white chair in the background. Thanks, also, for your book recommendations. I have read and enjoyed several that you've shared.

Sorry, Heather, that was from me, Candice!