The Pigs of Madison

Michael and I were amused at the many pigs we saw in Madison. I had to take some pictures for you. :)

Every year the town has a Ribber Festival and as part of that shops are given cement pigs (like this one) to decorate. 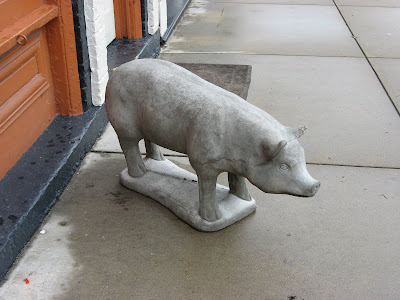 The shops use their imagination to create a pig that goes along with what they sell. 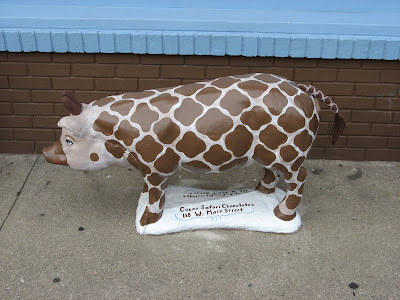 Madison used to be an area with a lot of pig farms. In fact, the Lanier Mansion originally was just down the street from one such farm -- imagine the smells and sounds! 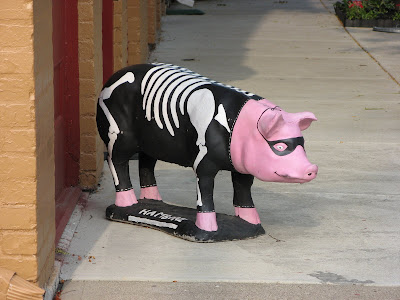 This pig looked like it should be hired by Chickfila. 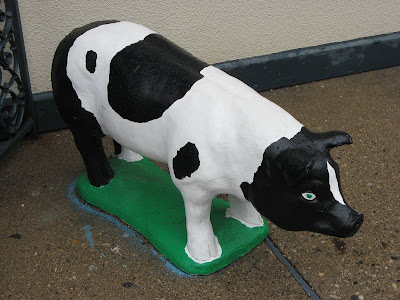 This poor banker pig got soaked in the rain. 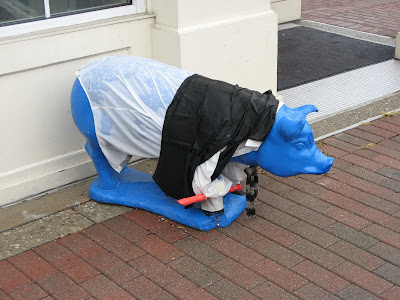 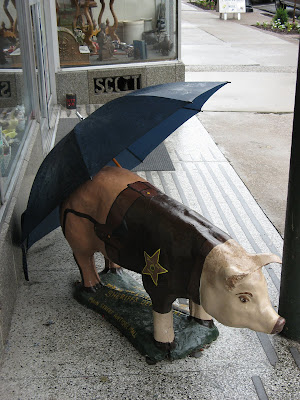 This was my favorite pig -- lovely flowers! 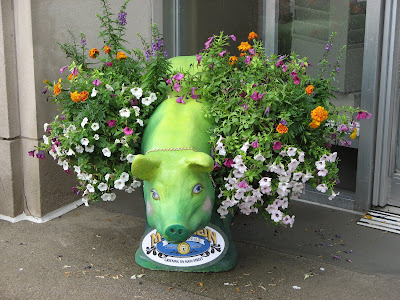 And this little pig cried wee, wee, wee all the way home. 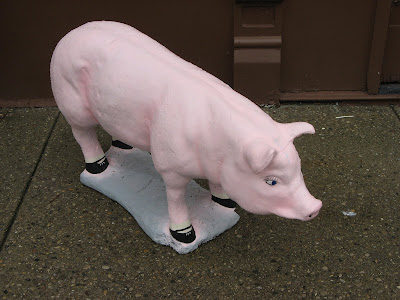 I missed the best pig of all which was in front of the newspaper offices. The pig was covered in newspaper articles with recipes for pork bbq strategically placed on the pig's snout, etc. Very funny! I wonder who will win the prize?