It's time to finish up the vacation photos because today is Rachel's birthday and next week is Thanksgiving and there will be plenty more to blog about by then.

One of the most fascinating things we did on our vacation was go to visit historic Jamestowne -- the very place where the first successful English settlement in the New World took place. 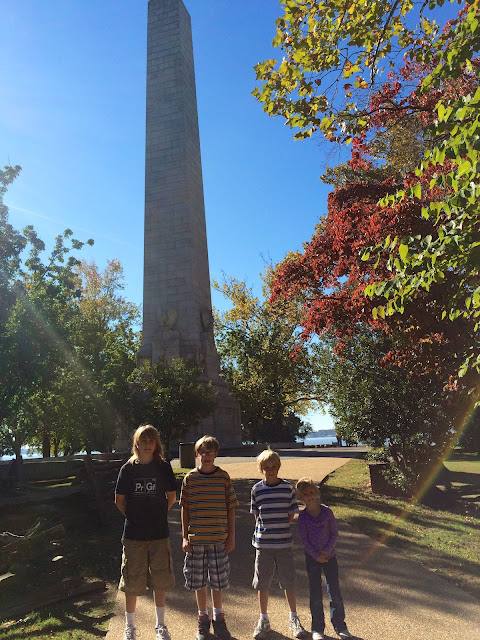 Here's a replica of one of the three ships that arrived in Jamestowne in 1607. 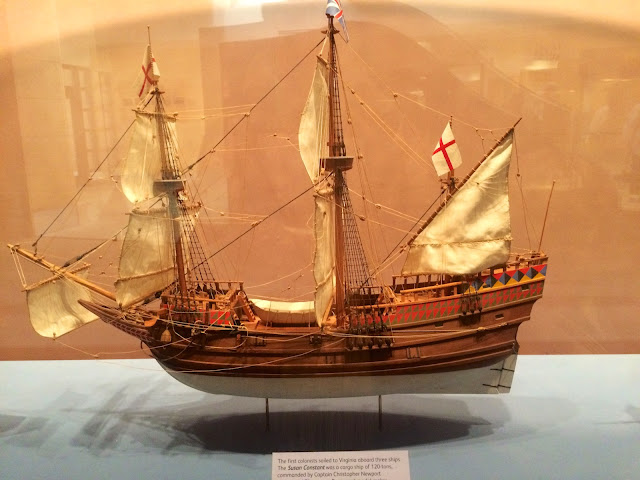 Rarely do we get to see history of this length in our country. In Europe and other countries it's old hat to see things from the middle ages or Roman times or before but here in America something is old if it's 200 years and really ancient if it is 400 years! 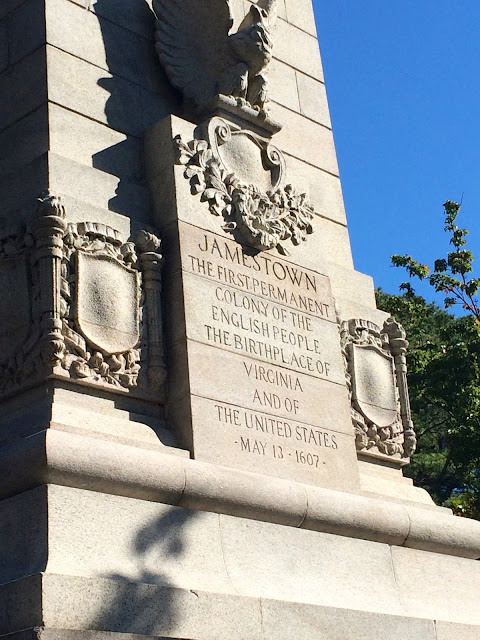 We were recommended to take an archaeology tour and we cannot recommend it more highly! It was fantastic. One of the archaeology assistants took us around and for an hour and twenty minutes told us the most interesting history of this fort and what they are currently finding and how textbooks are being re-written because of what they find right here. It was only a few years ago when no one even knew where historic Jamestowne was. In fact, many speculated it was washed away in the James River. However, one determined young man pursued his dream and made the discovery. Check out this website and you can see what the archaeologists dug up in October! This is real history!!! 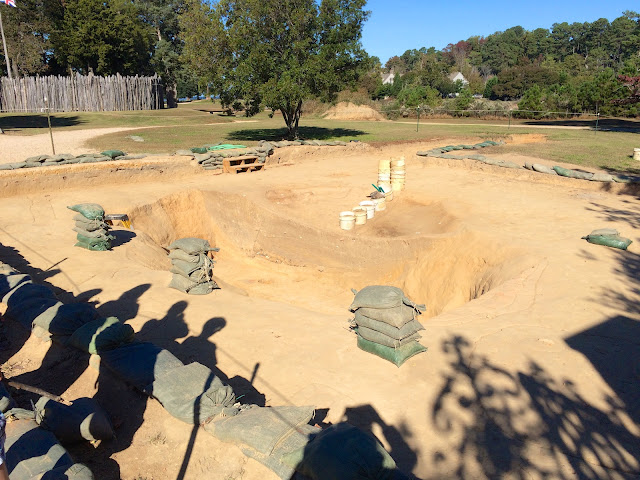 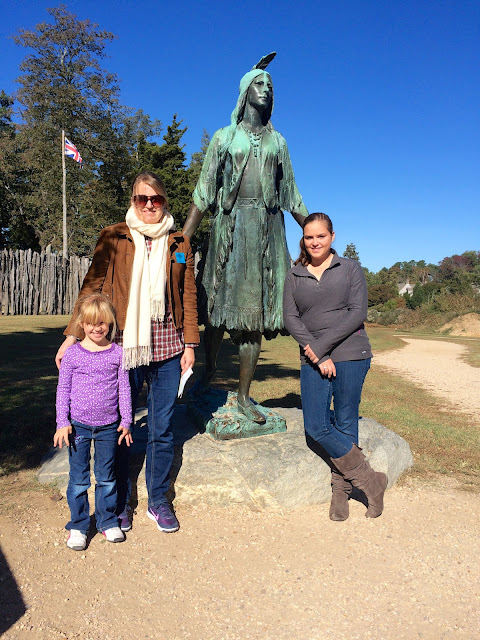 This view looks out to the James River with this half-built building showing the perimeter of the church: 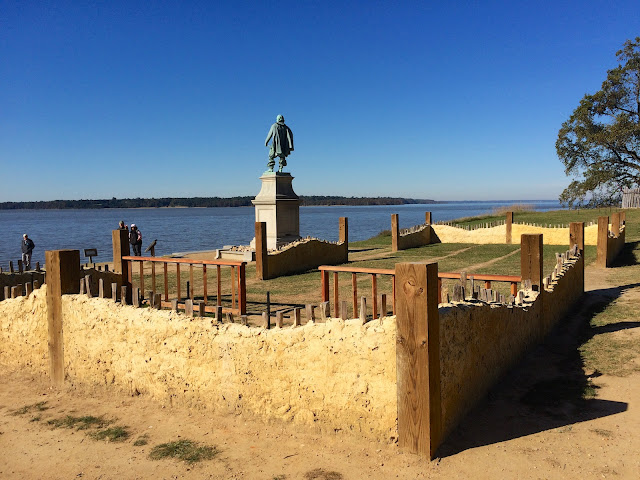 Here is a model of the fort: 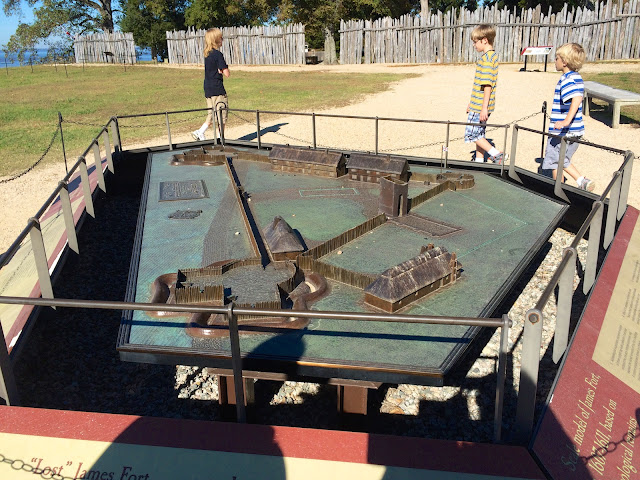 And a panoramic view. This site was chosen because the settlers were so afraid of the Spanish and it is situated in such a way that the ships would come around a certain bend and not be able to aim their canons on the settlement until the settlement had fired on them. Otherwise, the location was terrible due to bad water and other factors.

We learned about the four people buried here in the church including one person who was buried with a Catholic relic (Catholicism being illegal in England at this time). 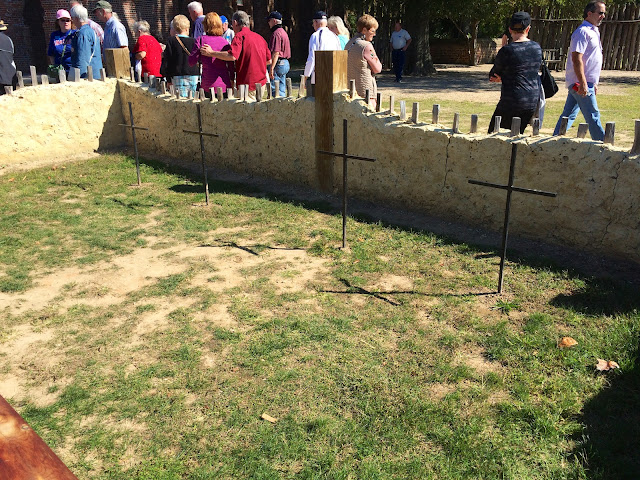 Inside the museum we viewed more artifacts. 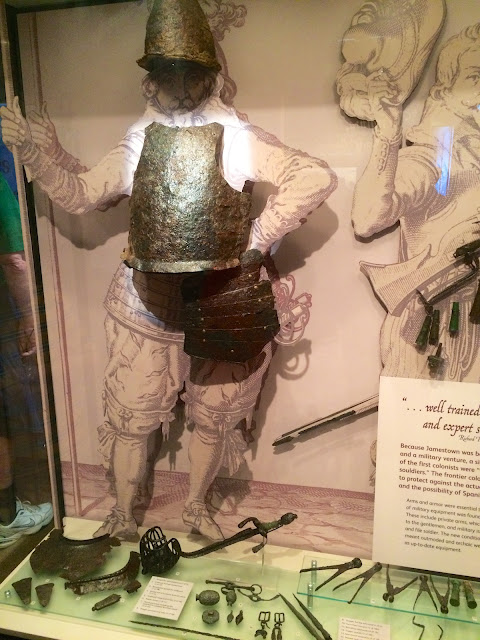 And we saw the skull of "Jane", a servant girl who was cannibalized during some of the starving times. 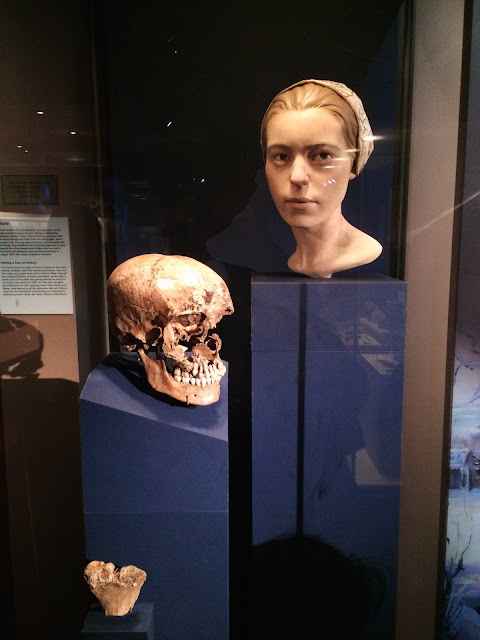 Captain John Smith. Jamestowne was the first capital of Virginia but in 1705 it was moved to Williamsburg. Eventually the capital moved to Richmond in 1779. It was interesting to view Jamestowne and think about how it had been the capital and had looked much like Colonial Williamsburg. Jamestowne does not have reconstructed buildings and most of the evidence for a city is gone. 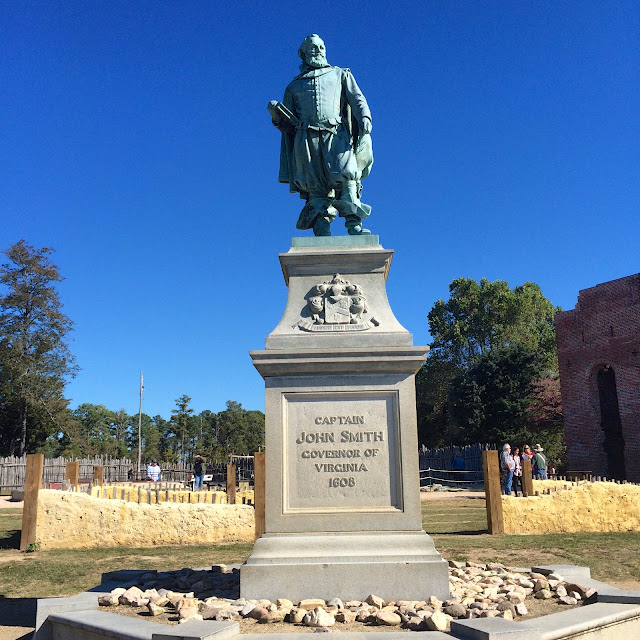 After our visit to Jamestowne, we went around the corner and took the free ferry across James River. 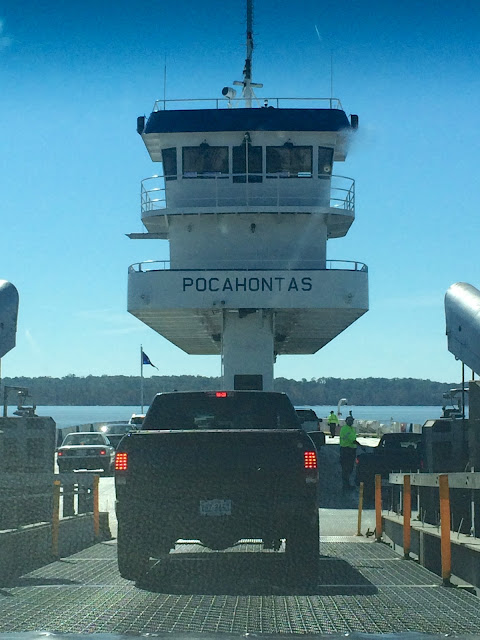 It was a great adventure for the kids and felt like we were out on the ocean even if we weren't. 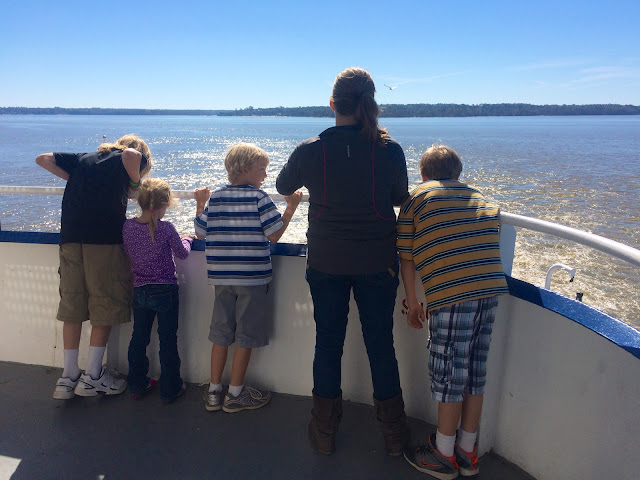 A view of Jamestowne from the water, thinking about how it might have looked to the settlers when they first arrived. 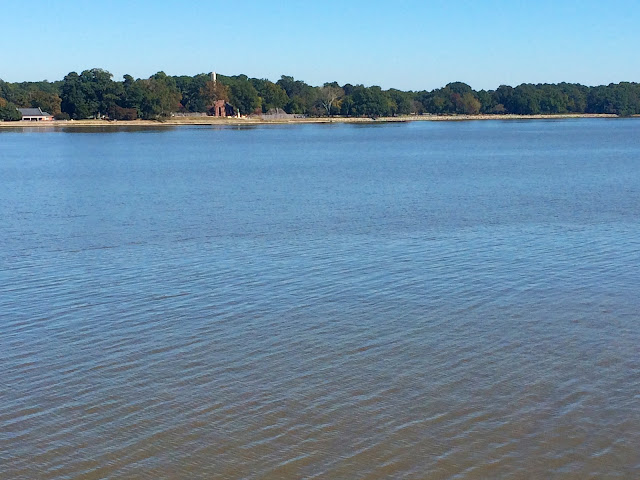 And look where we were on the other side! 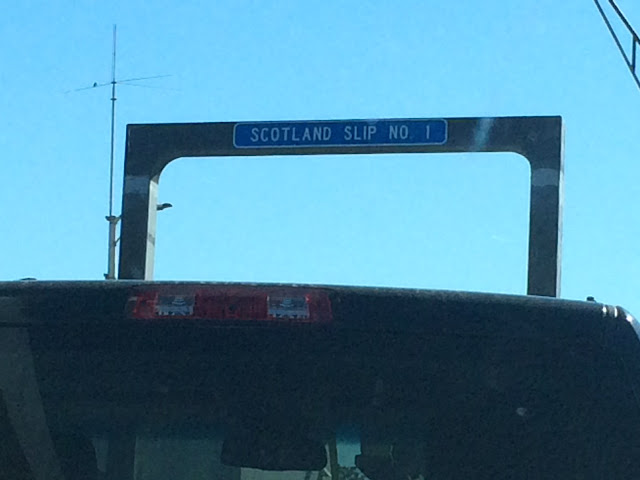 We drove around a little bit and stopped for ice-cream. I was delighted that we passed several cotton fields and the kids got to see this important historic crop in real life. 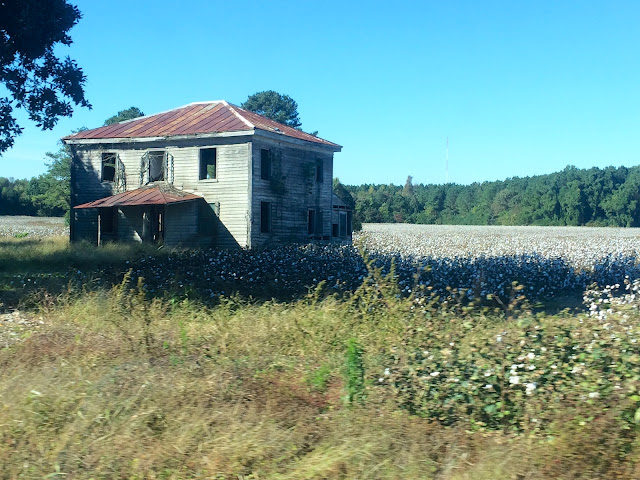 The all important cotton plant: 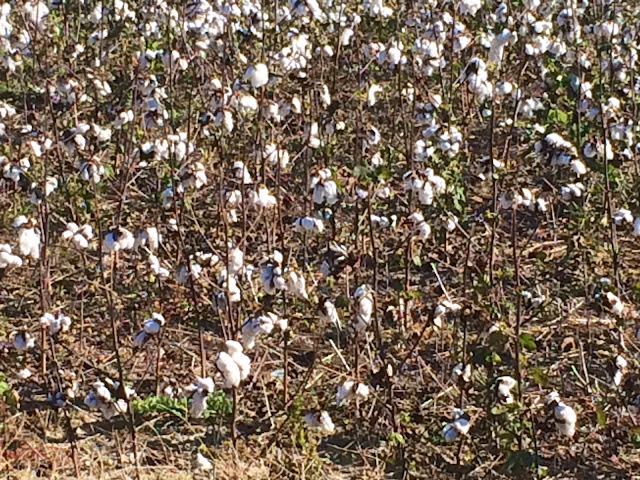 Back at our condo in the late afternoon we took some time to either swim or play putt-putt. Laura loves putt-putt and is quite good at it. 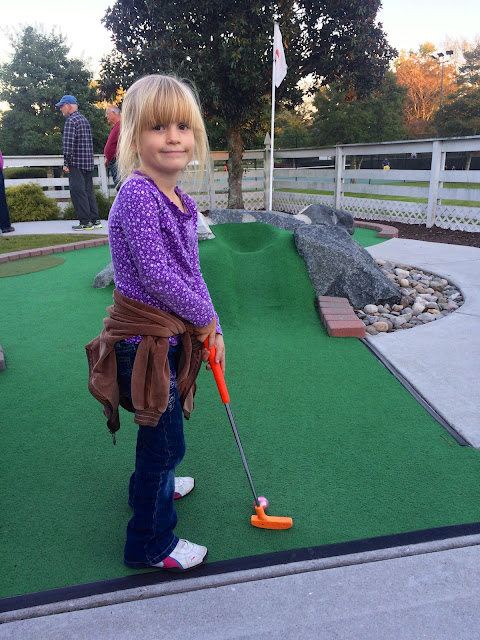 And I had a little moment for some tea and books! 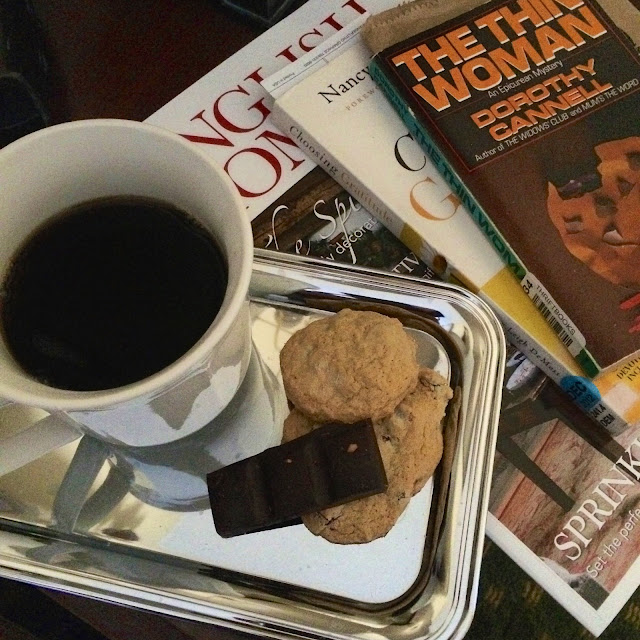 I think this was one of the most memorable days because of the archaeology tour and getting to be that close to very important and ground-breaking discoveries. Research at its best!!!

Posted by Heather LeFebvre at 5:35 PM

"Scotland", how funny! and ironic! Dd and I have such a good time on your blog! We clicked on all the cool Jamestown links---super cool! I think I will have to mark that site for when we come around to American history again. You guys are really SO fortunate to do all the visiting and touring that you do! That is so great for your children to see so much of the world, and history! What a blessing!!! So glad you share your pictures and links with all of us!!! Sending you a warm pot of tea---and some shortbread cookies! Hugs to you, friend!

Glad you had such wonderful weather during your vacation. Looks like you checked out a lot of fabulous places! (sjn821 on Rav)