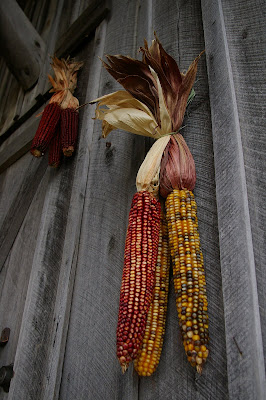 I was reading a storybook to the children the other evening about Squanto and was moved nearly to tears by the suffering and struggles this man went through during his life. He is the Indian who came to the aid of the Pilgrims in Massachusetts and taught them what they needed to know in order to survive. I guess what touched me was that all those years of hardship and sadness were not useless -- they were equipping Squanto and situating him so that he would be prepared to save the lives of the English settlers.

For those of you, who, like me, may have forgotten Squanto's story, here is a brief rundown:

The Pilgrims must have been astounded to find an Indian who spoke English, understood their ways, and was willing to be their friend. I suppose our nation owes much to this man whose suffering brought life to so many.

The kids and I are enjoying reading about Columbus, Jamestown, and the Pilgrims. We're following a history textbook, but making use of all the books we can order from the library. And, it just so happens that Thanksgiving is around the corner. The children will be well-educated just in time to participate in a day where history meets the present. We, too, have much to be thankful for this year.

So glad you are feeling much better! My first visit to Walmart almost knocked me off my feet (Oxford, Maine I think -everything was so cheap!)

I'm glad you are able to enjoy the joys of reading to your children. What a gift to be able to teach them that Thanksgiving is more than Turkey and all the fixins.

I heard a very strange song on the radio about Squanto - have you heard it yet? The kids were thinking it was pretty disrespectful and I had to agree. My hubby was listening to a game or something in the van and left it on when he came home - otherwise we wouldn't have heard it. I just wonder what people are thinking these days!