Last weekend was the wedding of a good friend of ours, Shannon, and her fiance, Jeff. Shannon's sister was married last August. I had looked forward to that wedding for 9 months and then found myself laid out flat in bed and unable to attend it. Michael came home from that wedding and promised me I would be better to attend Shannon's wedding. :) That was little comfort, as we had no idea just when Shannon would be married. However, little did we know things would happen fast! And, yes, Michael's promise came true and I made it to Shannon's wedding!!!! Yeah!

The wedding was held at a little, white, country church in the middle of nearby horse country. What a beautiful setting! And then we drove just around the corner to a little Hunt Club for a beautiful reception in the midst of rolling green hills and white fences.

Michael, being the minister, performed the ceremony: Everyone looked just beautiful, especially the bride whose dress, hairstyle, and flowers blended so perfectly to create a masterpiece! 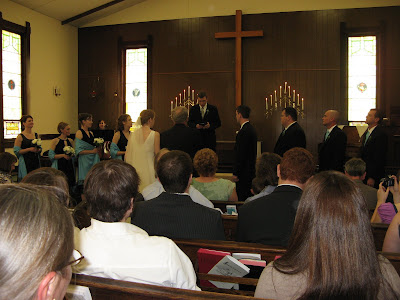 Being a foodie, there are lots of pictures of the food, which was really delicious! 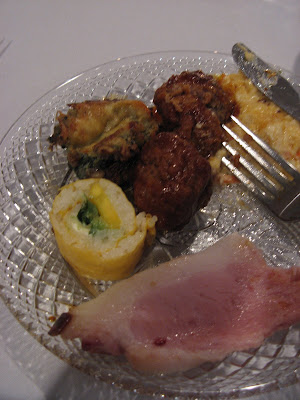 Shannon made all her desserts!!! I made sure to taste one bite of each kind of cake the following day when we had leftovers at church. They were outstanding cakes! Especially the carrot cake! 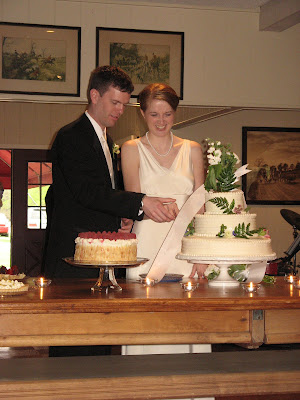 Shannon had made 90 chocolate-lined cases for these strawberry tarts and my sister Emily spent Saturday morning filling them with a marscapone cream and topping them with strawberries, glaze and chocolate swirls (this picture was taken before all the swirls were on). All the effort was worth it -- people LOVED these tarts and swarmed on them as soon as the desserts were announced. I even had one myself (they were quite low in sugar) and it was FABULOUS! 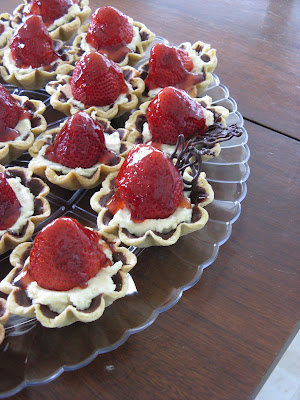 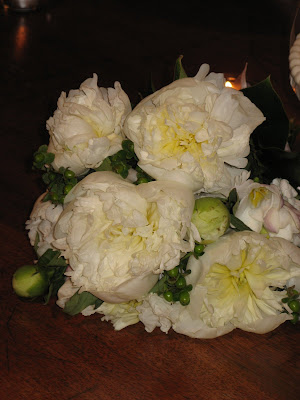 Another view of the cakes: 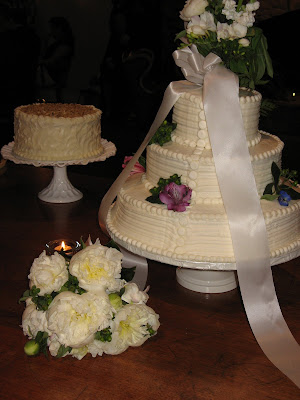 There were also Lemon Curd Tarts which looked (and apparently) tasted delicious! 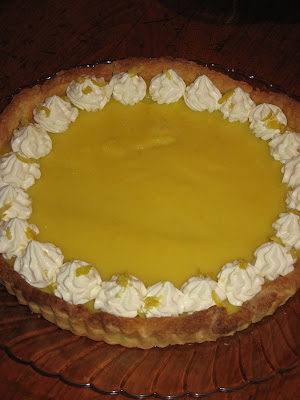 The white-clothed tables were decorated with beautiful pots of flowers. 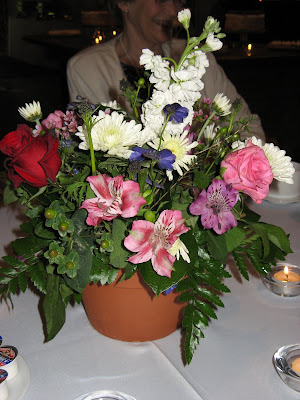 We all had a marvelous time and are very happy for Shannon and Jeff as they begin their life together.
And now Michael and I are about to do a repeat! Yes, Michael's performing another wedding this weekend!

Oh Goodness, I love weddings. The pictures are just delightful .. .make my mouth water.
I'm so glad you were able to attend the wedding Heather. . and I hope you enjoy this weekend's wedding as well.
Happy Mother's Day to you.

Weddings are wonderful - my favorite celebration! My husband used to find performing weddings his worst part of ministry - too nerve wracking I guess, but I always enjoyed being part of the planning and helping with the food and flowers! So much fun! I am so glad you got to be a part of the joyous occasion - you've come along way!

Heather, I have so enjoyed your blogspot. It is so neat to read of your adventures and activities with the children, etc. I have tea parties with my grand-girls when they come to visit and now I have some great recipes of scones, lemon curd, etc. to make and share with them - maybe they can even help me make them. I am so glad that you are doing better - most of the time.... God Bless, Judy Tucker