Visit to Grandpa and Grandma's

After church on Sunday the kids and I and Emily went over to my parents for the afternoon. We had a lovely time and it was nice to walk around and see what mom had sitting here and there: 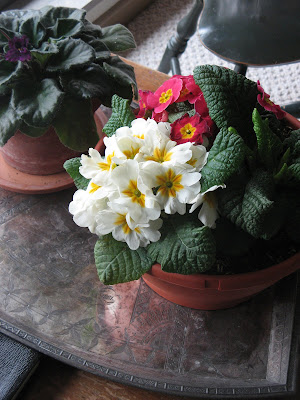 a few lovely plants blooming in the front window 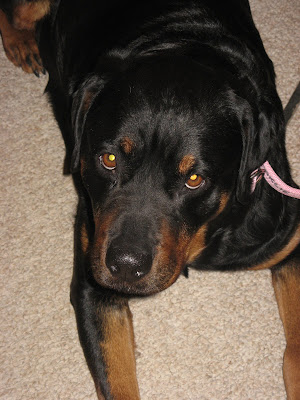 a very excited dog who tried to convince Andrew and James that they would make perfect playmates. Unfortunately, Andrew and James weren't convinced. Instead, they were convinced they better steer clear of Carlie. (Advice to Carlie: try the slow and easy method next time) 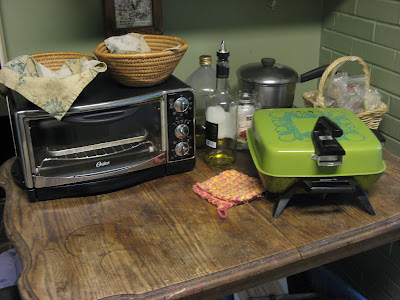 Mom and Dad are in the middle of kitchen renovations just now. So, they have a temporary kitchen in the mud room. I told mom she should write a series of blog entries on "Advice to Kitchen-Less Cooks". Mom gets creative with her toaster oven, electric frying pan, camp stove, 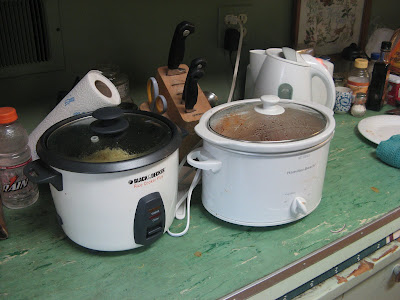 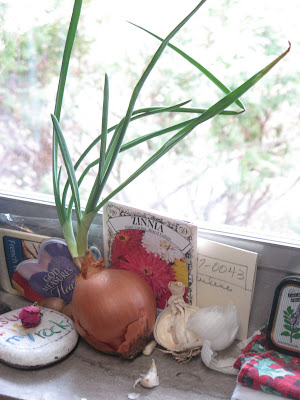 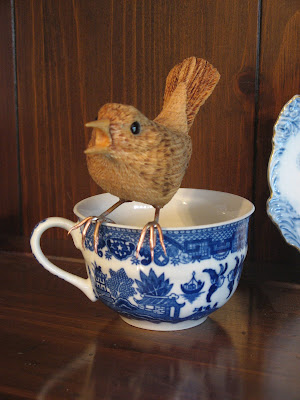 a cute little bird that is waiting to be painted 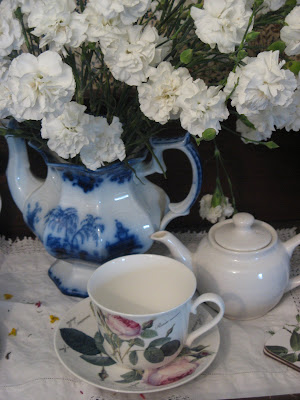 and a pretty scene centered around teatime. 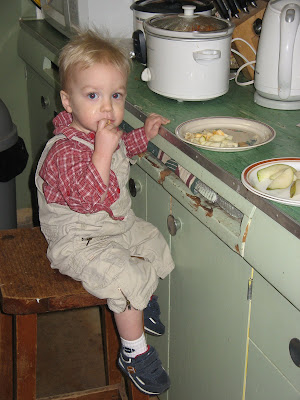 Baby Cakes needed a little TLC from Grandma after his nap. Grandma's usually do a good job of that. 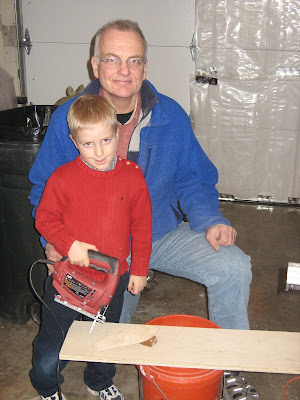 Grandpa kept Andrew busy in the garage where they were making a new wing for the "flying duck" who lost his wing in a storm last year. 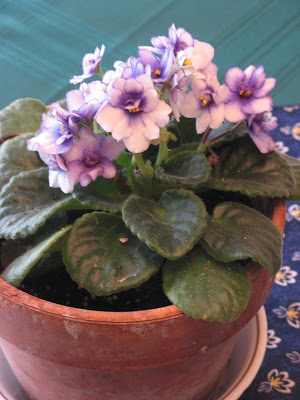 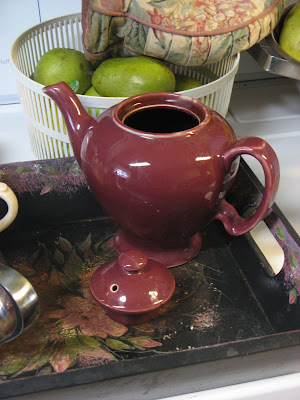 Of course we had to have tea (several rounds of it in fact). 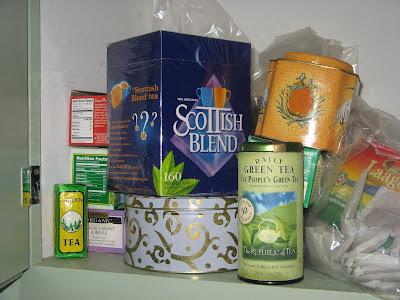 Mom has plenty to choose from!
The travellers are back! It sounds like Rachel had an incredible time. I have a few pictures to post next time of her visiting the farm.

Wonderful pictures! And I'm so impressed at your mom's ability to multi-purpose so many small kitchen appliances!!! I've been thinking of getting a rice cooker lately since I'm terrible at making rice. :)

Heather we did a full kitchen reno several years ago and had the mud room/kitchen happening too. It's so great that family can still make a meal in the middle of the mess.

Only someone with an artistic eye could find beauty in odds and ends around the house! Don't come over here with your camera -- dustballs aren't very photogenic and that's all I have in my corners.