Life on the Home Front: The Rest of the Birthday 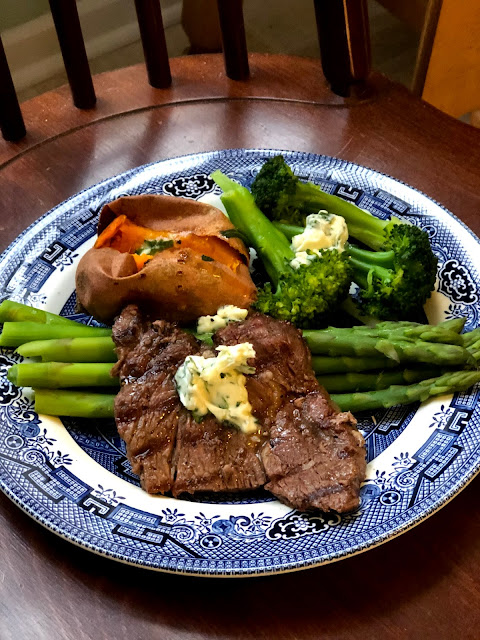 In which I discuss FIFA, wild ramps, and cherry pie.....

The days run into each other now. We are not constant news watchers so even the news seems relatively the same. Next week will be different when the kids get back to online schooling. Our second week of spring break is going along just fine though.

The weather was cold, but I did convince Drew to tag along down into the woods to see if we could find some ramps (wild garlic) to make a wild garlic butter for Michael's birthday dinner. I wanted him along so he could film me as I demonstrated sustainable ways of harvesting the ramps for my nature videos. Unfortunately the ramps in our woods were too tiny to film, but that didn't stop me from dragging him all the way to the very end of two paths to see if we could find more mature ramps.

In return for going on the walk with me, I let Drew introduce me to the world of FIFA (a soccer x-box game). Since I don't play xbox, nor soccer, the whole process is new to me. I have to watch the ball, watch which player to switch to, switch the player, tackle the ball, shoot the ball, punt the ball, honestly, it's quite overwhelming. And then the part that got me was the constant commentary that is created to match your shots. Things like: "that was uncalculated, what a surprise, his teammates are staring at him now, we expected better......". And then, if you do a really great shot, you can choose if you want a typical or a-typical celebration and then you watch your player do some sort of hilarious crawl across the ground in celebration. I kept getting so distracted by the commentary I couldn't play well. I found the whole thing overwhelming. But I will have to try again.

I baked a cherry pie in the afternoon for Michael's birthday dinner. There were just enough cherries left between the freezer and a random jar of cherries that I always wondered why I had. I also had some thin chuck steaks in the freezer that were intended for Valentine's Day but never used. I labeled them for Michael when this whole thing started. This is where all my reading is coming in handy. "The Long Winter" taught me that mother's secretly stash special things in times of emergencies so that when holidays come around they can pull something out of hiding to make the day special.

As usual, I spent some time painting and working on a few other projects. I also spoke briefly with a friend via FaceTime.

I opened up the grill and got if fired up for dinner and realized it is on the very last legs of its already secondhand life. But I managed to get the little steaks cooked, and I had picked a few leaves of wild garlic and a handful of wild onion so we had the garlic butter and some fresh veggies with baked potatoes. Very delicious!

Drew chose "The Truman Show" as our family movie and we stopped half way to enjoy that amazing cherry pie! yum yum! Then it was off to bed with the expectation of a new month in the morning!

I love your reference to "The Long Winter". I stash things away too and also attribute it to that book. It's one of my favorites of her books.