On The Home Front: Three Weeks Down 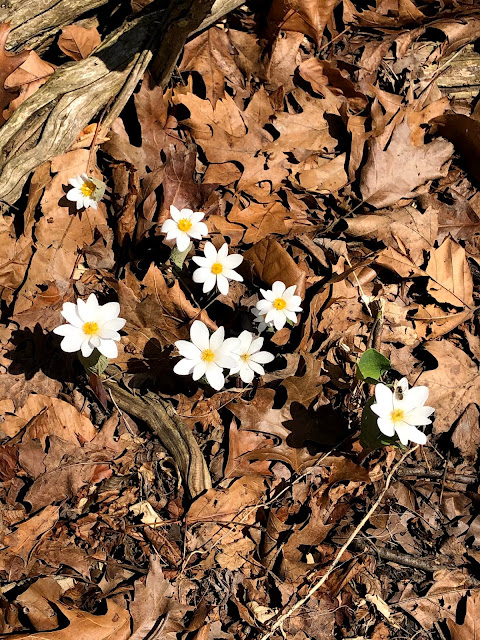 In which I discuss phone calls, no school, and birthdays.....

Today I had my first zoom conversation -- I guess most people are being initiated to that during this pandemic. My mom and two sisters got on and we got to see all the kids. My sister's baby was about three and a half weeks old when this started. We are all watching him grow up online.

We got word from our governor that schools will remain closed for the rest of the school year. Of our four children still at home that leaves two of them never returning to the campuses where they have been at school (Drew graduates high school and David graduates middle school). Laura will graduate elementary school but stay at her campus next year. The kids aren't over the top upset, but we are all processing this. David and Laura homeschooled up until the beginning of this school year, so they aren't as troubled as kids that have been going to a school their whole life. No DC trip for David and no 8th grade graduation (unless they reschedule)? Again, it's good David has not been looking forward to this his entire school life.

Drew and I went on a nature hike scavenger hunt. We discussed senior pictures, which we originally planned to take during spring break. But we haven't. Drew wondered if we should even take them. Of course we should take them! I suggested we take a few funny pictures that included props from this crazy time -- all the usual: toilet paper, mask, whatever. We will have to make a point to do this now that we don't have the pressure of graduation announcements to help us along.

The older boys took some chocolate and drove by a friend's house, shouting Happy Birthday and hurling chocolate onto his front yard. That was a creative way to deal with a birthday. Laura's tenth birthday is coming up this month. Strangely enough, Rachel had to have her tenth birthday party postponed because it fell the day after we arrived home from Laura's open heart surgery. Now Laura is set to have the same thing happen, for a different medical emergency.

I am reading articles about how we can deal with the stress of what is happening and what we should and should not expect ourselves to do. Overwhelmingly, this is not a time for productivity but for survival, rest, sleep, taking care of basic needs. My mind then likes to dissect what is survival and what are basic needs and what is being lazy. ha ha ha!

I got out into the garden to turn over the soil in what used to be the vegetable garden but has gradually become another flower garden. I thought I could resurrect the vegetable bit, especially since I already have plenty of seeds. The day was warm and sunny and it was very therapeutic to take my time in sifting out the weeds and feeling the ready-to-be-planted earth. While I was in the garden, my neighbor was on his phone. He called THREE friends while I was out there, one after the other. And how many had he called before I got out there? Actually, it was kind of comforting to hear him talk. I liked the fact that he was keeping in touch with so many friends and eager to know how they were doing. But I decided that three phone calls is actually even too much for me in one week, let alone one hour.

Flowers in photo: Bloodroot
Posted by Heather LeFebvre at 9:34 AM

I am enjoying your "On the Home Front" blog posts! Thank you so much for sharing. We just found out yesterday, here in Washington, that we are asked to stay home until May 5th. One day at a time! Blessings!